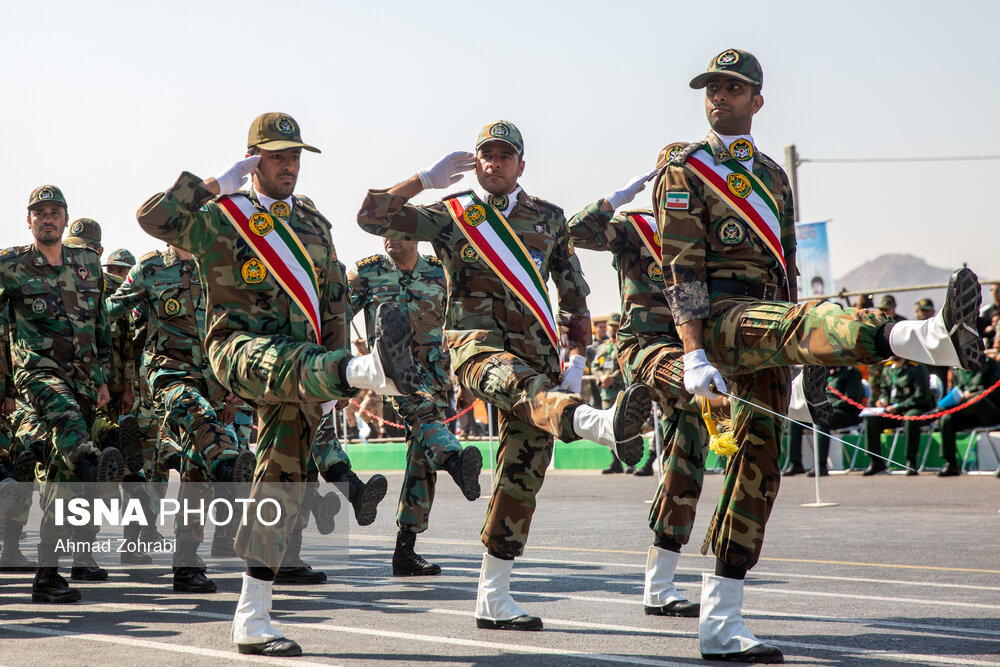 In a show of power, Iranian Armed Forces stage military parades across the country on the occasion of the Sacred Defense Week, an annual commemoration of the Islamic Republic’s defense campaign against the war waged by the ex-Iraqi regime in the 1980s.

The parades kicked off in Tehran, other provincial capitals, and the Persian Gulf waters on Thursday morning, with the Armed Forces putting on display their state-of-the-art military achievements, including new ones.

The event in Tehran was held in the presence of Parliament Speaker Mohammad-Bagher Qalibaf and Chairman of the Chiefs of Staff of the Iranian Armed Forces Major General Mohammad Bagheri.

In Tehran, Iran’s most advanced drones and missiles were displayed in the parade.

In the country’s south, various units of the Iranian Armed Forces are set to display their naval power in the Persian Gulf and the Strait of Hormuz during the parade, said Ramezan Sharif, the spokesman of the Islamic Revolution Guards Corps (IRGC).

He said a total of 1,444 heavy, semi-heavy and light military vessels partake in the parade, including an advanced patrol combat warship named after Lt. General Qassem Soleimani that has recently joined the IRGC Navy’s fleet.

Fighter jets of the Army Air Force and the IRGC’s Aerospace Force will also carry out aerial maneuvers, he added.

The ceremonies mark the anniversary of the Iraqi-imposed war on Iran by the regime of ex-Iraqi dictator Saddam Hussein.

The war started just one year after the victory of the 1979 Islamic Revolution and ended August 1988. Iran did not lose even one inch of its territory to the invaders thanks to the Sacred Defense campaign of its Armed Forces and nation.

Among the achievements showcased during the parade in the capital was the surface-to-surface Rezvan ballistic missile for the first time.

IRGC Chief Commander Major General Hossein Salami described Rezvan as a precision-guide missile, which lies in the category of medium-range missiles.
A liquid-fuel single-stage missile, Rezvan is armed with a detachable warhead and has a range of up to 1,400 kilometers.

It can be launched from stationary and mobile platforms.

It has a range of 1,450 kilometers (about 900 miles), runs on solid fuel and is capable of penetrating anti-missile systems.