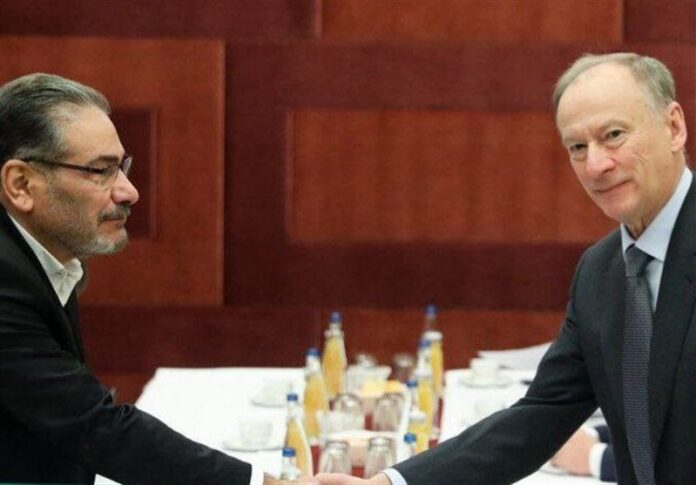 The security chiefs of Iran and Russia have underscored the two countries joint fight against terrorism. They called it constructive and a necessary step to establish and maintain peace and stability in the region.

The secretary of Iran’s Supreme National Security Council has, in a meeting with his Russian counterpart, said regional problems like terrorism, military aggression and refugee crisis will end if extra-regional powers stop interfering in the region and if regional countries work together.

Ali Shamkhani, on the sidelines of the third security conference in New Delhi, held talks with secretary of Russia’s Security Council Nikolai Patrushev on Thursday.

In the meeting, Shamkhani said given the ethnic and religious fabric of Afghan society, the solution to the crisis in the country is the continuation of inter-Afghan dialogue and the formation of an inclusive government based on the demographic realities in Afghanistan.

Shamkhani further said the expansion of relations with Russia in all areas, especially security and joint fight against terrorism, has a decisive role in regional stability. He said Iran and Russia are the targets of the US conspiracies and sanctions and must bring down the illegal and inhumane sanctions regime of the United States through boosting their cooperation.

Patrushev also expressed pleasure at the expanding ties between Tehran and Moscow in various fields and said the continuation of the relations will benefit both nations. Patrushev referred to the constructive impact of the third regional security meeting on bringing closer the views of the countries on common threats and ways to deal with them.

He said regional cooperation is not just an option but an inevitable path to sustainable security.

He also said Afghanistan can get out of the current situation and have a better future if other regional nations work together in concert to restore stability to the country.