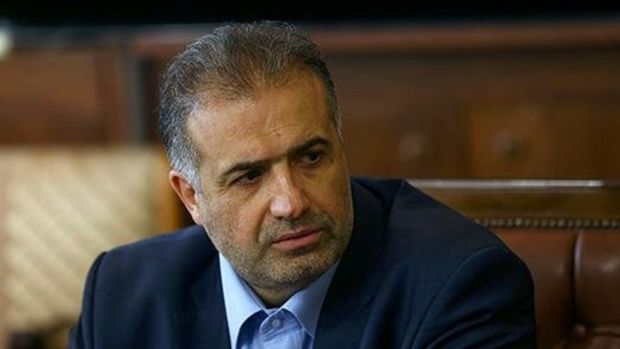 Iran's Ambassador to Russia Kazem Jalali has warned about a Western propaganda campaign aimed at tarnishing the image of the Russian Federation among Iranians in a bid to prevent close cooperation between the two neighbors.

“I believe that the British and American psychological operations and propaganda machine are seeking to depict Russia as evil, and to promote hatred of Russia and propagate that the Russians are bad, dangerous, unreliable and unpredictable, and that there is no difference between Tsarist Russia, the communist Soviet Union and modern Russia…to provoke the public against the consolidation of Iran’s relations with the new Russia,” Jalali said in an interview with Iran Newspaper ahead of the Iranian president’s trip to Moscow.

Some Iranians have been skeptical about Iran’s deepening ties with the northern neighbor because of a difficult shared history between the two stretching back centuries. The problem is that the Iranians’ knowledge about Russia goes back to the Tsarist era and the Soviet Union, and with the same reasoning, they judge today’s relations, the Iranian ambassador to Russia said.

“By likening modern Russia to negative and ingrained perceptions of the historical behavior of Tsarist Russia as well as the hegemonic tendencies of the Soviet Union during the communist rule, some undermine any consolidation of relations between Iran and modern Russia,” the Iranian ambassador stated.

Asked about Iran’s exports to Russia, he said the export volume is far from satisfactory.

Jalali explained that securing an estimated 5 billion dollar share of Russia’s 240 billion dollar import market and at least 20 billion dollars in transit revenue for Iran from the north-south corridor between Russia and Iran are achievable results of strengthening relations with Moscow.

“If we think of only one percent of exports to Russia, it would be 2.5 billion dollars. Surely, as a neighboring country, we can export much more products by carefully examining the Russian economy and its needs,” he noted.

The Iranian ambassador said through cooperation with the Russian Federation, Iran can launch a north-south transit route which would help bolster Iran’s national security.

Asked whether Russia has the potential to become a strategic partner, Jalali said Iran views Russia as a powerful country with great economic, political, security and defense capabilities.

“We can stand together and have serious cooperation, and of course the Caucasus is a region where we can work with them. We can work together on the Caspian Sea, the fight against extremism and terrorism. The West’s plan within the Central Asian region is to increase terrorism and extremism, and there is room for that. Here we need to work together in that regard,” he added.