Iran Allows No Interference in Its Internal Affairs: Commander 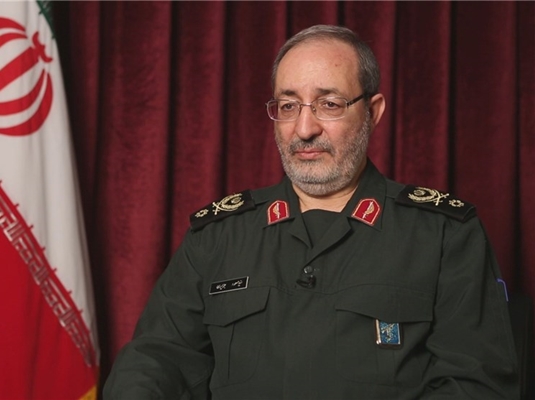 A senior Iranian commander has warned other countries, particularly France, against any interference in Iran’s internal affairs, including the country’s missile and defence program.

Deputy Chief of Staff of the Iranian Armed Forces Brigadier General Massoud Jazayeri says Iran allows neither France nor any other state to meddle in its internal affairs.

“We strongly reject the idea of holding talks on our defence and missile programs as well the regional resistance against certain regional states whose dictatorship has been revealed on different occasions,” the general was quoted as saying in a Farsi report by Al-Alam news website.

“In line with pre-planned measures and goals, Iran’s Armed Forces have put further strengthening of the country’s defence capabilities on their agenda,” he said.

The Iranian senior military commander added that Iran will continue the development of its defence capabilities as a preemptive measure amid the enemies’ overt military threats against the Islamic Republic.

He made the remarks in reaction to the French foreign minister’s claims about talks between Iran and big powers over the Islamic Republic’s defence and missile capabilities.

Iran has time and again underlined that its missile program is for defensive purposes and not open to any negotiations.