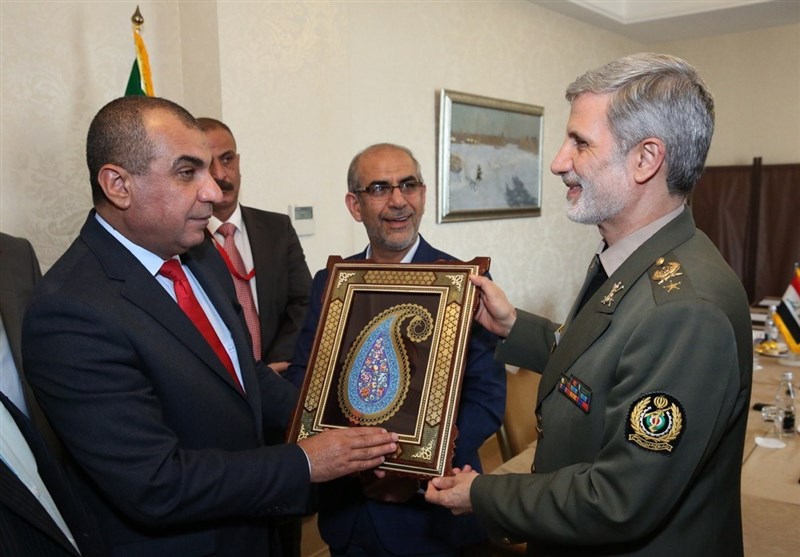 Iranian Defense Minister Brigadier General Amir Hatami said the country and its allies in the Middle East, Iraq in particular, will never allow outsiders to bring insecurity into the region again.

Speaking at a meeting with Secretary General of the Iraqi Ministry of Defense Lieutenant General Mohammad Jawad Kazim in Moscow on Tuesday, Brigadier General Hatami praised the current level of security and stability in Iraq compared to previous years.

“The Islamic Republic of Iran, as in the past, is trying to (help) this security and tranquility to be long-standing and permanent (so that) regional nations, especially the friendly and brotherly people of Iraq, will begin to reconstruct their countries in full security and without any foreign aggression or interference,” he said.

“We will not allow insecurity to be imposed on the region by foreigners and aggressors agian…,” the Iranian defense minister stressed.

The Iraqi top general, for his part, expressed his gratitude to the Islamic Republic for supporting the Arab country against terrorist groups and said, thank God, the two nations managed to counter the massive attacks by the terrorists and prevent them from reaching their goals.

Brigadier General Hatami has traveled to Russia to attend the eighth Moscow Conference on International Security at the official invitation of Russian Defense Minister Sergei Shoigu.

The Ministry of Defense of the Russian Federation has organized the annual conference in Moscow on April 23-25, 2019, according to its official website.

The conference agenda encompasses the problems of utmost significance in terms of shaping views on international security.

Separate plenary sessions offer space to exchange views on modern military challenges and threats, including the improvement of the arms control system.