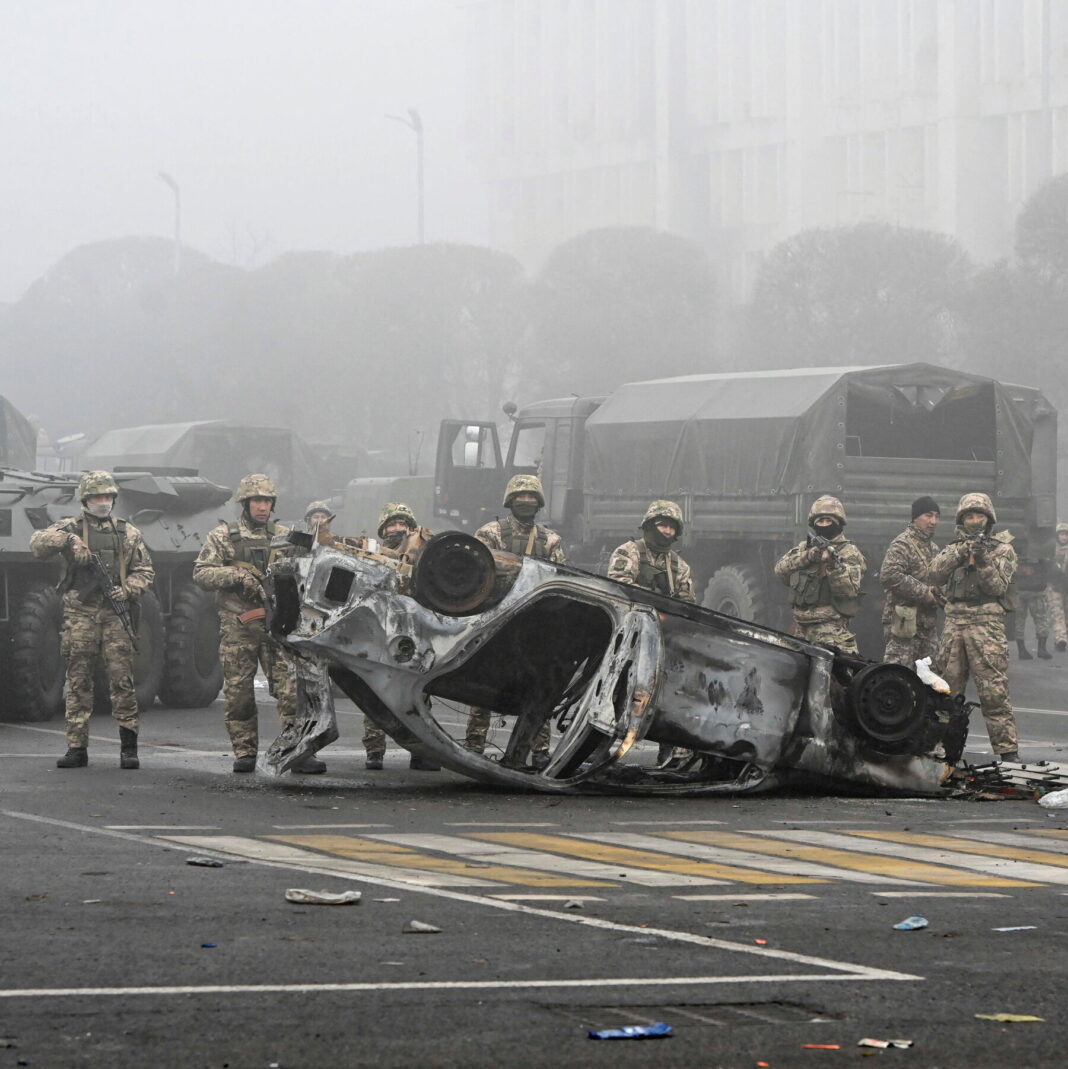 The Collective Security Treaty Organization (CSTO) peacekeepers will continue to fulfill their tasks in Kazakhstan until the situation in the country stabilizes fully, Andrey Serdyukov, who leads the CSTO peacekeeping effort in Kazakhstan, says.

“Units of the Collective Peacekeeping Force will continue to execute their tasks until the situation in the country stabilizes fully,” Serdyukov said.

CSTO peacekeepers are protecting the important military, state and social facilities in Almaty and adjacent areas, he added.

“At the present, units of the peacekeeping forces are performing tasks to protect important military, state and socially essential facilities in the city of Almaty and adjacent areas,” Serdyukov continued.

A wave of deadly riots swept across Kazakhstan last week, following a sharp rise in gas prices. Despite the government’s attempts to quell the crowds and now-fulfilled promises to decrease prices, peaceful protests turned into violent clashes with law enforcement officers, as well as looting, arson and acts of terrorism across the country. President Kassym-Jomart Tokayev asked for the CSTO assistance at the height of the violence, with several member-states of the alliance agreeing to deploy CSTO peacekeepers to Kazakhstan to safeguard vital infrastructure facilities in the country, while Kazakh law enforcement agencies work to bring the situation under control.

Russian Ambassador to the US Anatoly Antonov has claimed that thousands of jihadists were involved in efforts to wreak havoc in Kazakhstan.

“Kazakhstan came under attack by radicals that preached misanthropic ideology,” he said in a post on the embassy’s Facebook page, adding, “Thousands of jihadists and looters made an attempt to shatter the constitutional order.”

“They use weapons against peaceful citizens,” he went on to say, noting, “They damage government-owned and private property.”

The unrest followed the withdrawal of US troops from Afghanistan, which gave rise to the spread of extremist ideas in the region, Antonov said.

He also added the rioters included terrorists and the uprising was an effort to oust the government.

“This is a new attempt at a color revolution with the help of gunmen and looters,” the ambassador continued, stating, “I’m sure Kazakhstan’s competent agencies will get to the bottom of the situation and terrorism will be uprooted from the Kazakh soil.”

More than 160 people were killed and 6,000 including several foreign nationals, detained in Kazakhstan during the unrest that shook the central Asian country.