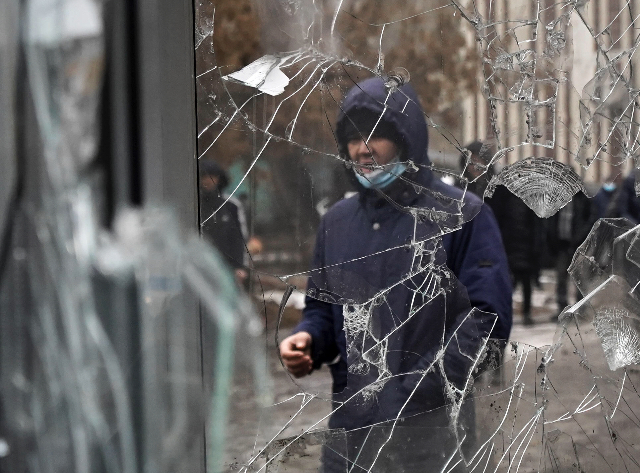 Kazakh President Kassym-Jomart Tokayev has stated coup attempts in the country have failed. This as the country's Interior Ministry announced in a statement Nearly 10,000 people were detained during the recent unrest

“Interior Ministry: 9,900 people were detained by law enforcement officers,” a report in a Telegram channel, which posts information from Kazakh departments, said.

The Kazakh president stated on Tuesday that a terrorist war was unleashed against the country.

“A terrorist war was unleashed against our country. The enemy showed extreme cruelty and readiness to take any steps. He sowed fear among the population in order to suppress even the very idea of resistance. The plan of attack on Kazakhstan included a number of different aspects: military, political, ideological, disinformation and others,” Tokayev told lawmakers.

The leader lashed out at the country’s National Security Committee, noting that the committee failed to detect the threat to the country’s national security.

“Professionals worked on the preparation of the seizure of power in Kazakhstan,” the president added, noting that the attempted coup failed.

Tokayev also signed on Tuesday a decree on the appointment of former First Deputy Prime Minister Alikhan Smailov, who is currently the acting prime minister, as government head, the presidential office said.

“To appoint Alikhan Smailov … the prime minister of Kazakhstan,” the office added citing the decree.

Earlier in the day, the lower house approved Smailov’s candidacy.

Violent protests erupted in Kazakhstan earlier in the month over an increase in prices for liquefied gas.

Despite the government’s attempts to quell the crowds and now-fulfilled promises to decrease prices, peaceful demonstrations turned into violent clashes with law enforcement officers, as well as looting, arson and acts of terrorism across Kazakhstan.

Tokayev declared a nationwide state of emergency, effective until 19 January, and also invited the Collective Security Treaty Organization (CSTO) peacekeeping forces to help bring the situation under control. The peacekeepers were helping with protecting vital facilities in some regions

Foreign militants, including some recruited from Afghanistan and the Middle East, have participated in the aggression against Kazakhstan, Tokayev claimed on Monday.

The State Secretary of the Republic of Kazakhstan, Erlan Karin, noted that the unrest in Kazakhstan was a “hybrid terrorist” attack carried out with the participation of both internal and external forces and aimed at overthrowing the government.

Tokayev said that the withdrawal of a CSTO peacekeeping contingent, sent to the nation to restore order, would begin in two days and would take no more than 10 days.

Kazakhstan has appealed to the CSTO, requesting peacekeepers assistance, on legal grounds since control over Almaty could have been lost, Tokayev noted.

“The plan of attack on Kazakhstan included a number of different aspects … Since it was an armed aggression on the part of international terrorism, Kazakhstan legally appealed to its partners in the Collective Security Treaty with a request to send a peacekeeping contingent … We could have completely lost control over Almaty,” Tokayev told lawmakers.

Additionally, he stated that the acute phase of a counterterrorist operation in Kazakhstan had been generally passed, noting that the situation is stable in all regions.