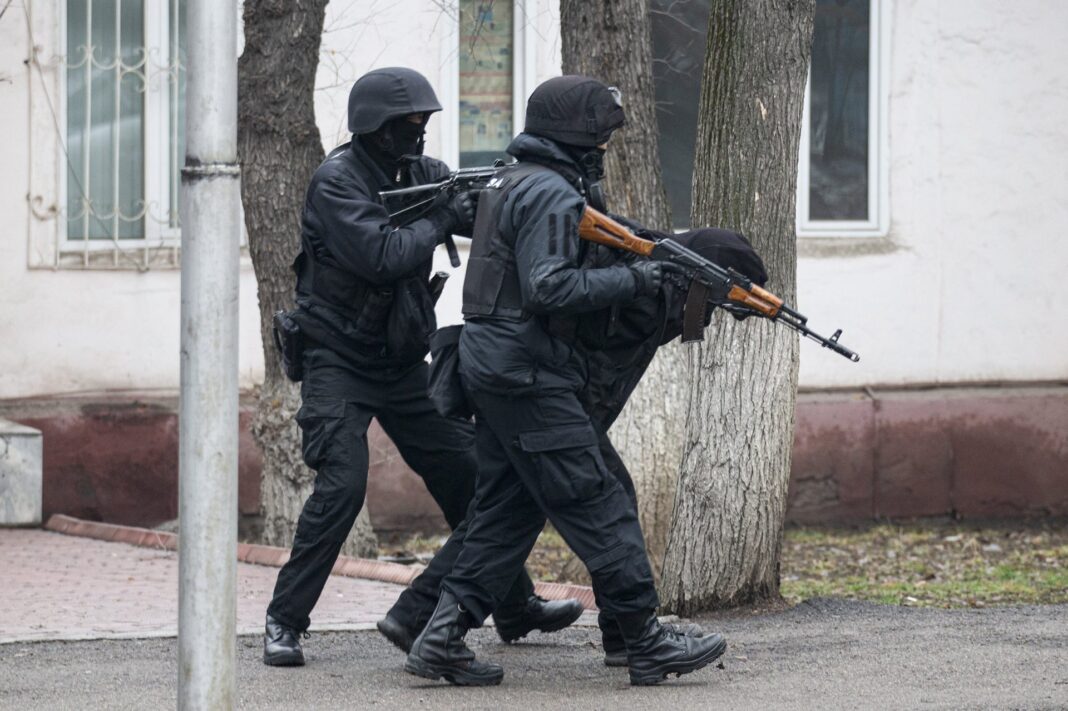 The 1,678 arrests reported by authorities in Almaty, the country’s largest city and the site of the most violent clashes during the unrest, brought the total number of people detained to about 12,000 since the demonstrations started on January 2.

More than 300 criminal investigations, including into alleged assaults on law enforcement officers, have been opened.

At least 160 people were killed, including dozens of citizens and more than a dozen security forces personnel, marking Kazakhstan’s deadliest outburst of violence since it gained independence more than 30 years ago.

In Almaty, protesters set government buildings on fire and briefly seized the airport, while security forces responded with live rounds and stun grenades.

As the unrest mounted, President Kassym-Jomart Tokayev attempted to ease the crisis by announcing a 180-day cap on fuel prices, sacking the country’s cabinet and firing Nazarbayev from his post of head of the National Security Council.

Tokayev also requested assistance from the Collective Security Treaty Organization (CSTO), a Russia-led military alliance comprising of six ex-Soviet states, as he moved to blame the violence on foreign-trained “bandits and terrorists”, without providing evidence.

The bloc responded by sending more than 2,000 troops to Kazakhstan for a “peacekeeping” mission.

CSTO added the peacekeeping contingent would take 10 days to fully withdraw and begin the process on Thursday.

The 68-year-old, who was handpicked as Nazarbayev’s successor in 2019, had on Tuesday told a virtual top-level meeting of the CSTO that Kazakhstan had successfully weathered an “attempted coup d’etat”.

Speaking alongside Tokayev, Russian President Vladimir Putin claimed victory in defending Kazakhstan from what he described as a foreign-backed “terrorist” uprising.