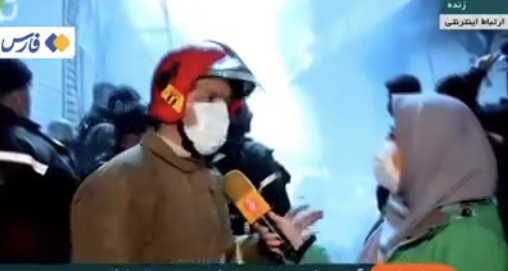 A conflagration has engulfed the Shoemakers’ Bazaar in downtown Tehran, the capital of Iran. Firefighters are working to bring the blaze under control.

“Currently, six [firefighting] stations equipped with necessary facilities are trying to put out the fire at the Shoemakers’ Bazaar,” said the spokesperson for the Tehran Fire Department.

“The incident was announced at 7:38 am today … and personnel at several firefighting stations were dispatched to the site of the incident immediately,” added the spokesman.

He said fire first broke out at one of the stores before spreading to other shops.

He noted the blaze is an extensive one.

“Firefighters are trying to put out the flames, and details will be announced after the operation ends,” he said.

He said not precise information is available, yet, on the number of stores damaged or any possible casualties.