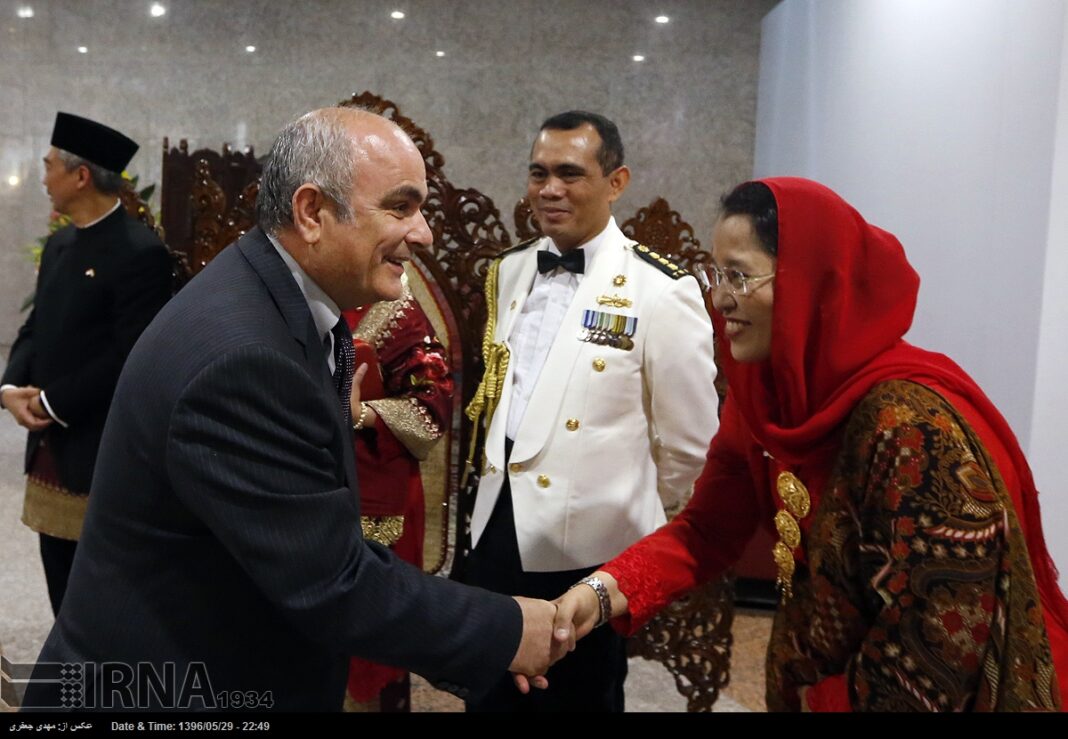 The 72nd anniversary of the Republic of Indonesia's Independence Day was commemorated in the Iranian capital's Milad Tower on Sunday, August 20.

Indonesia had remained a Dutch colony for over 300 years until a group of revolutionaries started the diplomatic and armed resistance of the Indonesian National Revolution, fighting against the forces of the Netherlands and pro-Dutch civilians.

17 August 1945 was the day when the Proclamation of Indonesian Independence was read, and the anti-colonialist struggles began. The Netherlands finally officially acknowledged Indonesia’s independence in 1949.

In a Sunday ceremony in Tehran, ambassadors of several countries gathered to celebrate the Indonesian Independence Day in Milad Tower.

On the sidelines of the ceremony, an exhibition of artworks by renowned Indonesian painter Jeihan Sukmantoro was also opened. The ‘Culture of Peace’ exhibition will be open to visitors until August 25.

Here are IRNA‘s photos of the ceremony: