189% Increase in Employment of Iranian Women in Executive Jobs 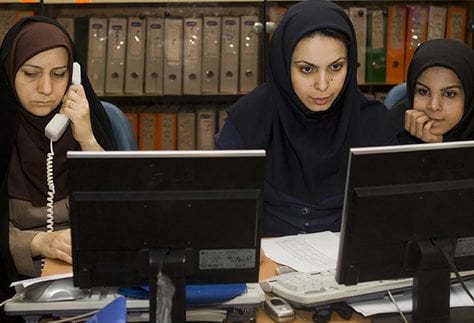 Iran’s minister of labour says the number of Iranian women employed in executive positions shows a huge growth compared with three years ago.

“The employment of Iranian women in executive positions has increased by 189% since President Hassan Rouhani took office in August 2013,” Ali Rabiei was quoted as saying by Iranian economic daily Asr-e-Eghtesad.

He also noted that women have overtaken men in the job market, saying, “Women held 89% of all the jobs created over the past Iranian year (March 2015-16).”

Financial Tribune further quoted Rabiei as saying that some 700,000 new jobs will be created in the next Iranian year (March 2017-18).