I’m neither the mayor, nor the president, but I can … 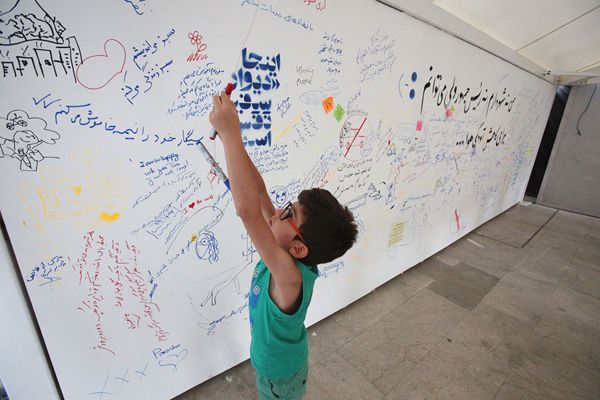 Tehran hosts a small event to solicit public views on ways of propping up the environment and stopping its degradation.

“It’s a herculean task, but it’s not impossible.” “Turn off the engine during the 90-second wait at traffic lights.” “Let’s standardize the pavements to promote walking.” “Single-occupant cars” were some of the statements written – some obliquely – on the white board. Those seemingly unrelated sentences were in fact answers to a single question: “How we can prevent environmental pollution and degradation?”

They featured various handwriting styles, some of them childish; one was actually written by a child whose share of the environment is no less than you and me; a child whose lungs are as vulnerable, if not more vulnerable, to pollution as yours and mine. Children’s lungs are not made of steel.

These sentences were part of the White Wall of Breath, which among other things, featured the viewpoints of both experts and ordinary people on how members of the public could contribute to efforts to prop up and protect the environment and stop its degradation. By the why, what do you think should be done to stop that spiraling trend?