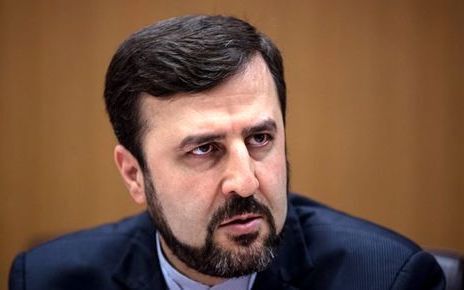 A senior Iranian diplomat has reacted to remarks by Director General of the International Atomic Energy Agency (IAEA) Rafael Mariano Grossi on a recent proposal by Iranian lawmakers.

Iranian legislators had proposed stopping or restricting the IEAE’s inspections of its nuclear sites following the assassination of eminent Iranian scientist Mohsen Fakhrizadeh.

Iran’s ambassador to international organizations Kazem Gharibabadi said the agency should adopt a clear stance on the terrorist act.

“In the first place, the IAEA is expected to clearly announce its position on this act of terror and strongly condemn it,” Gharibabadi said.

“The IAEA has immediate and fundamental responsibility toward a member state which has allowed the most number of inspections by the agency and had the most transparent nuclear program by living up to various commitments, but whose scientists are facing assassination threats or are assassinated, and whose nuclear facilities are threatened by assaults or are sabotaged,” Gharibabadi.

In an interview the AFP news agency, Grossi had said that the agency understand the existing concern by Tehran, but that neither Iran nor anyone else will win anything by halting or restricting the IAEA’s inspections of the country’s nuclear sites.

As for the assassination of the Iranian scientist, Grossi said the IAEA is and international organization for peace and security and expresses its hatred of any kind of violence.