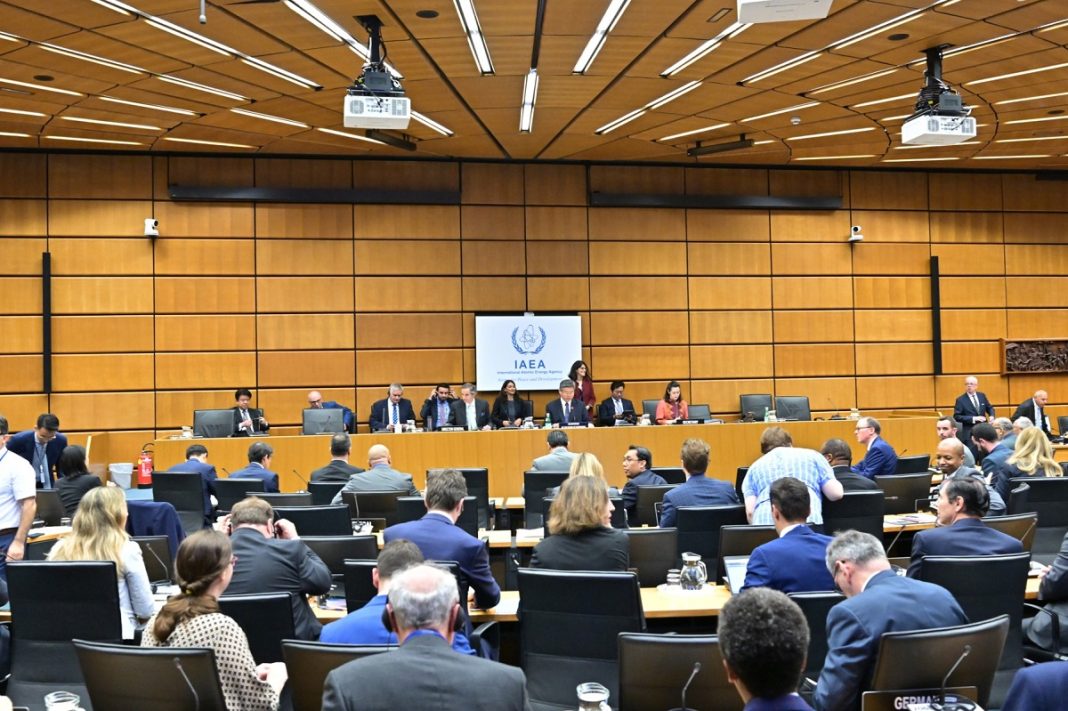 The United Nations nuclear watchdog's 35-nation Board of Governors overwhelmingly passed a resolution criticising Iran for what it called "failing to explain uranium traces found at three undeclared sites", diplomats at a closed-door meeting said on Wednesday.

Only two countries, Russia and China, opposed the text while 30 voted in favour and three abstained, the diplomats said.

The text says the board “expresses profound concern” the traces remain unexplained due to insufficient cooperation by Iran and calls on Iran to engage with the watchdog “without delay”.

On Tuesday, the US and the three European signatories to the nuclear deal – Britain, France, and Germany – submitted a draft resolution to the IAEA’s Board of Governors, accusing Iran of failing to offer transparent responses to the UN agency’s questions over nuclear activities at three sites.

The director of the Atomic Energy Organization of Iran has stressed the country has no secret nuclear activities and undeclared atomic sites.

Eslami noted the Zionist regime is the mastermind behind the resolution.

Iranian officials have warned the IAEA against succumbing to political pressure, stressing Tehran has fully cooperated with the agency in resolving outstanding issues.

Foreign ministry spokesman Saeed Khatibzadeh stated on Monday that Iran would respond based on what happens at the board meeting.

Khatibzadeh added the IAEA’s reports, which stemmed from information in two quarterly reports on Iran’s nuclear activities, were “hasty” and “not accurate” and “overlook all the measures and responses that the country has provided with precision and in a technical way.”

Talks between Iran and the world powers in Vienna to salvage the 2015 nuclear deal have been stalled amid Washington’s refusal to respond to Iran’s proposals.