How far does the West go to maintain its credibility? 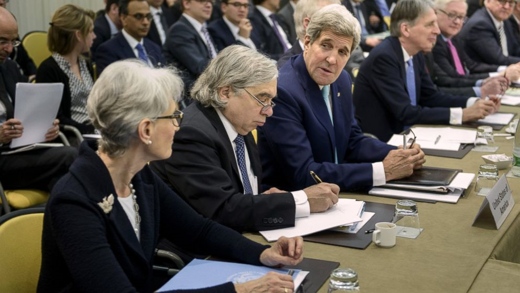 Alef, a news website, has examined Western demands for inspections of Iran’s military sites and explained how Iranian officials have reacted.

A day after the Lausanne agreement was announced [in early April], the Western side started to force-feed its own reading of the talks to the media and added inspections of [Iran’s] military sites to the list of its acquisitive requests.

Alef, a news website, on May 19 ran an analysis on nuclear talks, the West’s outrageous demands to inspect Iran’s military sites and reactions by certain Iranian officials. What appears below is the translation of excerpts from the analysis:

“They [the Westerners] should not be allowed to infiltrate the country’s security and defense space under the pretext of inspection, and the military officials too are not allowed – for the sake of inspections – to admit foreigners into these areas or stop the country’s defense development,” the Supreme Leader said at a meeting with law enforcement commanders. Unconventional Western demands which amount to crossing our red lines sound familiar to the Iranian side.

What Iranian officials said after the Supreme Leader’s remarks and insistence by the Western side on inspections showed that the Iranian officials strongly believe in respecting this red line [no inspections of military sites]. For instance, IRGC Deputy Commander Brigadier General Hossein Salami had the following to say in reaction. “We do not allow foreigners to inspect Iran’s military sites, nor do we allow them to even think about it”. […]

As Secretary John Kerry and Under Secretary of State for Political Affairs Wendy Sherman held talks on April 27 – at the official residence of Iran’s UN ambassador in New York – with Foreign Minister Zarif and his deputies Abbas Araghchi and Majid Takht-e Ravanchi and Ambassador Gholamali Khoshroo over the nuclear issue, IAEA Director General Yukiya Amano raised the issue of the possible military dimensions [of Iran’s past nuclear activities] in an interview with CBS News. “[Setting aside is not an option, not a solution.] They know that I will not set aside,” he said.

Negative reactions poured in to the unrealistic position of the IAEA chief. A few days ago Araghchi was quoted as saying in an interview that Iran has agreed to inspections of its military sites. The deputy foreign minister also said there is no such thing as inspecting a country’s military sites, what the Additional Protocol allows is managed access to non-nuclear sites under certain conditions. That is implemented by 120 countries. They [the inspectors] can take environmental samples from the sites to make sure there is no radioactive material. It [the inspection] is limited with no security risks. People can rest assured that there is no security risk.

Reactions to Araghchi’s remarks, however, were not risk-free. Ebrahim Agha-Mohammadi, a member of parliament’s National Security and Foreign Policy Committee said, “[…] These issues should not be raised, because they amount to crossing the red lines, and will not be approved of by the nation and the establishment.”

Mohammad Hassan Asafari, another member of the parliamentary committee, told reporters, “Neither the negotiating team, nor the government has the authority to allow inspections of the country’s military sites. Not even parliament can give powers to anybody to meddle in the internal affairs of the armed forces, because under the Constitution the Supreme Leader monitors their performance”.

For his part, the spokesman of parliament’s National Security and Foreign Policy Committee, Hossein Naghavi Hosseini, said, “We will never allow the country’s military and defense sites to be inspected. The inspections should be in line with the IAEA’s rules and not beyond what the Additional Protocol allows. Only nuclear activities can be subject to inspection. We disapprove of any agreement on inspecting our military and defense sites. No doubt, the Islamic Republic of Iran will not give in to such inspections”.

Still nobody knows what happened when the negotiators were drafting a final agreement. Abbas Araghchi has shown no reaction to those critical of his remarks. What is certain, though, is that the Western side does not pay attention to any agreement and to the talks, and keeps making acquisitive demands as it tries to overstep the red lines of an independent country.

In late April, Foreign Minister Zarif told IAEA’s Amano on the sidelines of the Non-Proliferation Treaty Review Conference that the nuclear talks have put the credibility of the UN nuclear agency to the test. This is the best and most precise definition of the West’s pre-planned scenario for the talks with Iran. Identifying which party is putting a crimp in efforts to clinch a comprehensive [nuclear] deal will be quite easy in the future.