How can the PMD case affect JCPOA implementation? 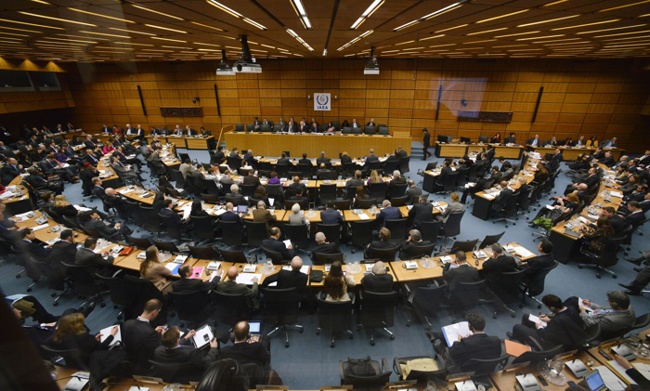 Iran should ignore obstructionism and try to advance its nuclear deal with P5+1, says Ali Khorram, an expert in international affairs.

A former Iranian diplomat has said that the terrorism sponsored by ISIS is different from other acts of violence in the world since it involves citizens of dozens of countries, adding that collective efforts are needed to counter this kind of terrorism.

Sharq daily on December 8 published a piece by Ali Khorram, an expert in international affairs and a university professor, on the nuclear deal, the fate of the Possible Military Dimensions (PMD) case and how a political decision by the IAEA’s Board of Governors will affect the Iran nuclear deal. The following is the translation of the piece in its entirety:

The nuclear deal Iran and P5+1 inked in July is progressing on a meandering, fragile path against the backdrop of mistrust. Sometimes increasing political pressure is brought to bear on Iran so that a response is produced for the Possible Military Dimensions (PMD) case, and sometimes Iran threatens not to take the [required] steps toward honoring its commitments under the nuclear deal if the PMD case is not declared closed.

Sometimes Iran seeks to have the sanctions removed and sometimes P5+1 is concerned about whether Iran will continue to keep its end of the bargain as far as the Joint Comprehensive Plan of Action (JCPOA) goes. Such a climate has created concerns and uncertainty as to whether or not nuclear agreements between Iran and P5+1 will go smoothly till the very end.

Will what has been done to date be undone if pressures and threats to walk away from the deal become reality sometime before the full implementation of the Iran nuclear deal? What is reassuring is that the agreements under JCPOA will be fully implemented, because a safer world free of enmity, extremism and terrorism is the pressing need of [all nations on] the Earth, especially P5+1 and Iran.

All nations have properly realized that efforts to counter such phenomena [enmity, extremism and terrorism] are tough and overwhelming and come with a heavy price tag, and that it is all but impossible to curb or stop terrorism without the collective cooperation of world nations. That’s why world nations should avoid marginal differences and conflicts, and rush to the help of the inhabitants of the Earth in a coordinated move.

Sometime in the past 50 years, the Khmer Rouge drew a map of Cambodia made with the skulls of their executed countrymen, and at some other time more than 700,000 people were butchered in Rwanda to rid the Earth of Hutus. Tens of thousands of Muslims were executed or beheaded in former Yugoslavia so that the Yugoslav race can stay intact. The Israeli regime and Saddam committed similar crimes, but they all had national or local intentions.

In the past few years, however, a new school of extremism and terrorism has emerged whose members are from among the disillusioned and dispirited people from around the world who have been lured to the path [of terrorism] thanks to their ignorance and after being brainwashed by those who have capitalized on religion. Their weapon of choice is suicide bombing by which they kill a large number of innocent people who are simply in the wrong place at the wrong time.

The Taliban transformed into Alqaeda and Alqaeda – thanks to the help of its ideological and financial supporters – to ISIS which began to flex its muscle and conduct its deadly mission of killing innocent people and destroying places of cultural and historical value in the name of Islam.

Standing up to this devastating flood holds the key to establishing cooperation and coordination between all members of the international community to set aside marginal issues, deal with the common enemy of the Earth and save humans from blind prejudice and ignorance.

We need to remain hopeful because common sense suggests that we will not run in place as far as the Joint Comprehensive Plan of Action is concerned and that Iran and P5+1 will – for the sake of bigger objectives – avoid focusing on lesser issues and pave the bumpy road that lies ahead.

Once in the heat of nuclear talks, Secretary of State John Kerry said that the US is not fixated on Iran’s past nuclear activities and that what they did is in the past now and will have no effect whatsoever on the next agreements between Iran and P5+1 [“We’re not fixated on Iran specifically accounting for what they did at one point in time or another,” Kerry said. “We know what they did. We have no doubt. We have absolute knowledge with respect to the certain military activities they were engaged in.” (Reuters, June 16)].

When the director general of the International Atomic Energy Agency released his findings and the results of investigations with a mix of black and white [assessments] in his report ….

John Kerry welcomed and made comments on the release of the IAEA Iran report and the end of talks over the PMD case, with the US setting its sights on the future of cooperation between Iran and P5+1 over the nuclear agreements. Irrespective of authenticity or erroneousness of the findings of the IAEA chief, the destiny of the PMD case has been determined from a technical perspective and the case is waiting for the political decision of the IAEA’s Board of Governors.

Israel has always resorted to Iranophobia trying to attribute what it has done toward development of nuclear weapons to Iran and condemn it as indecent. The United States seems to be – once again – at loggerheads with Israel, adopting a different stance from that of Tel Aviv’s. The two allies seem to have adopted two different policies on Iran’s nuclear program simply to serve their own national interests.

Iran has threatened to refuse to cooperate on the nuclear deal if the PMD case remains open in the Board of Governors. Supporting Israel’s [Iran] policy does not seem to be the dominant stance among those with a seat on the Board. P5+1 is well aware of the sensitivity of the case and has already announced that Iran’s past nuclear activities are not its concern and that the future of Iran’s cooperation and commitments carries weight for the group.

[For its part] Iran should ignore such obstructionism and try to advance its nuclear deal with P5+1. Perhaps no other time, but now – internationally – is riper for the nuclear deal with P5+1 to go ahead smoothly in a calm and positive atmosphere. Any change in the political structure of the region, the world and P5+1 is likely to change the conditions for P5+1 and Iran.