Highlights of Ettela’at newspaper on September 26 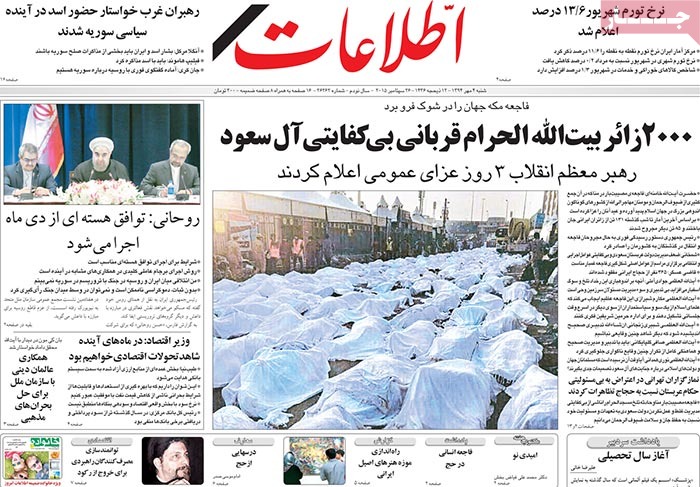 A special look at the headlines Ettela’at newspaper covered on September 26.

♦ Up to 2,000 Hajj pilgrims have fallen victim to Saudi incompetence.

♦ Western leaders have called for the presence of Assad in the political future of Syria.

The German chancellor has said that Iran and Bashar al-Assad should be part of the Syrian peace talks.

♦ President Rouhani has said that the nuclear deal will come into force in late December or early January.

He further said that the stage is set for the implementation of the Joint Comprehensive Plan of Action.

♦ The economy minister has said that the months to come will bring in major economic developments.

♦ The UN chief at a meeting with prominent Iranian religious scholar Ayatollah Mohaghegh Damad has called for cooperation between scholars and the UN to settle religious crises.