Highlights of Ettela’at newspaper on Nov. 25 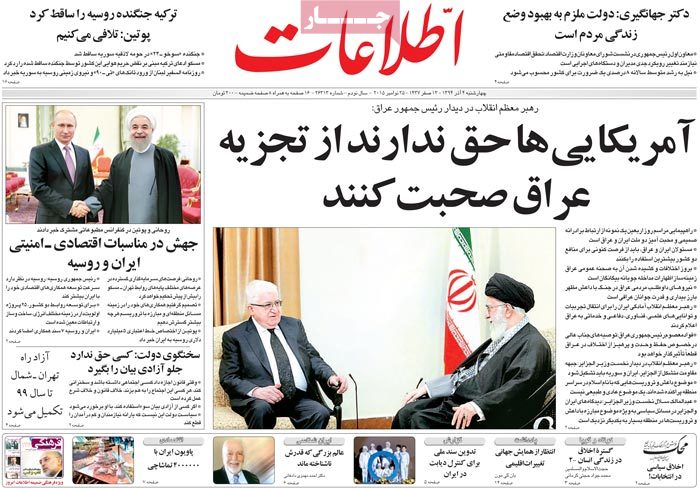 A special look at the headlines Ettela’at newspaper covered on Nov. 25.

♦ The Americans have no right to talk about Iraq’s disintegration, said the Supreme Leader in a meeting with the Iraqi president.

♦ The first vice-president has said the government is duty-bound to improve the living conditions of citizens.

Eshagh Jahangiri further said that securing an average eight percent growth is a necessity for the country.

♦ Turkey has shot down a Russian fighter.

♦ Presidents Rouhani and Putin have announced a leap in economic and security relations between Iran and Russia.

♦ The highway linking Tehran to the Caspian coast will have been completed by 2020.

♦ The government spokesman has said that no one has the right to interfere with freedom of speech.

Mohammad Bagher Nobakht further said that those who disrupt authorized gatherings are acting against the law and Sharia.