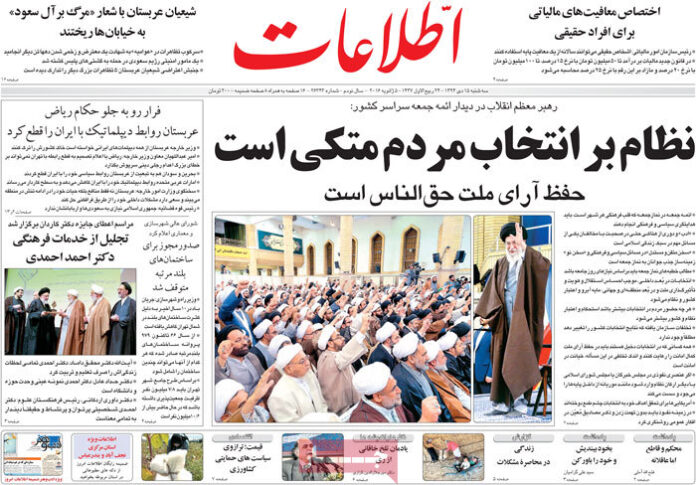 A special look at the headlines Ettela’at newspaper covered on Jan. 5.

Ettela’at: In an instance of escaping forward, Saudi Arabia has cut its diplomatic ties with Iran.

The Saudi foreign minister said that Iranian diplomats have been asked to leave the kingdom.

Ettela’at: Saudi Shiites have taken to the streets, shouting “death to al-Saud”.

A crackdown on protesters has resulted in the death of a protester and injuries of dozens more.

A Saudi security officer was killed when a police patrol was ambushed.

Ettela’at: Real entities are to be given tax breaks.

Ettela’at: At a ceremony the services of Dr. Ahmad Ahmadi have been praised.

Ettela’at: The Supreme Urban Development and Architecture Council has said that permits for construction of high-rise buildings are no longer issued.