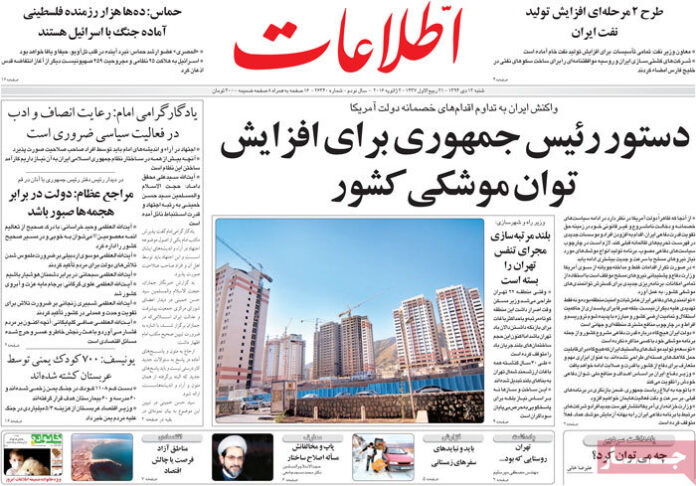 A special look at the headlines Ettela’at newspaper covered on Jan. 2.

♦ The minister of roads and urban development has said that building high-rises has blocked Tehran airway.

A deputy oil minister has said that the country’s facilities are all set to raise crude production.

♦ Hamas has said that tens of thousands of Palestinian fighters are ready to take on Israel.

A senior Hamas leader said the future battle will be fought in the heart of Tel Aviv and Haifa.

♦ The grandson of the late Imam Khomeini has said that civility and fairness are imperative in politics.

Seyyed Hassan Khomeini further said infusion of efficiency into the establishment is what we need more than anything else.

♦ In separate meetings with the chief of staff of President Rouhani, senior Shiite scholars have urged the executive to exercise patience in the face of attacks.

♦ UNICEF has said that 700 Yemeni children have been killed in Saudi airstrikes.