Highlights of Ettela’at newspaper on August 10 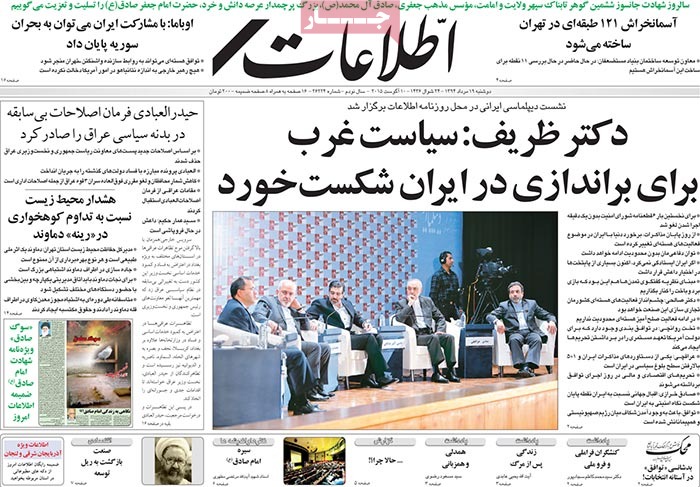 A special look at the headlines Ettela’at newspaper covered on August 10.

♦ A 121-story skyscraper is to be built in Tehran.

An official with the Foundation for the Oppressed has said that 11 spots in the capital are being studied for the construction of the skyscraper.

♦ President Obama has said that the Syrian crisis could be brought to an end in cooperation with Iran.

He has further said constructive ties with Iran can be a byproduct of the Vienna accord.

The reforms eliminate the positions of vice-president and deputy prime minister.

♦ The Environment Protection Organization has issued a warning about land grab in mountainous areas of Damavand.

Building roads near Mount Damavand is a big mistake.