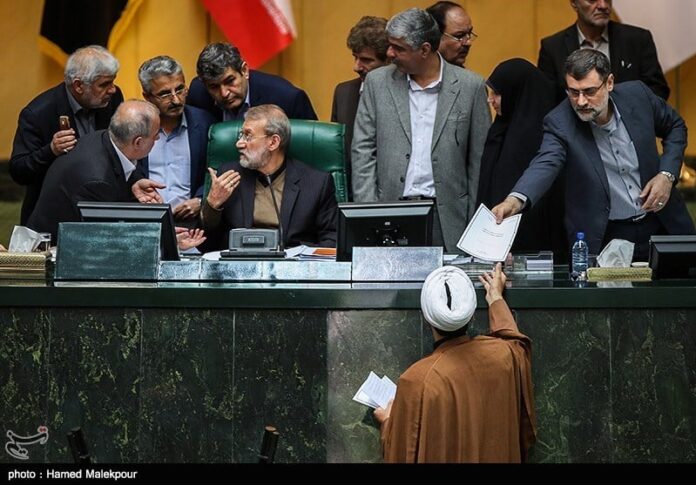 A Tuesday session of the Iranian parliament saw fierce disputation over the International Convention for the Suppression of the Financing of Terrorism, as a group of lawmakers demanded careful scrutiny of the convention before voting on Iran’s accession to it.

As debates about a bill allowing for Iran’s accession to the International Convention for the Suppression of the Financing of Terrorism became heated at the parliament, a number of opposing lawmakers shouted slogans against what they called a “colonial bill” approving which would be an unforgivable mistake.

When opponents of the bill tried to stop other lawmakers from taking the podium and demanded that the bill be put on hold or discussed at a closed-door session, Parliament Speaker Ali Larijani rejected the call, saying all lawmakers have the right to express their comments.

The opposing lawmakers insist that the Parliament’s National Security and Foreign Policy Commission should carefully scrutinize the bill beforehand and give a detailed report to the lawmakers.

The Terrorist Financing Convention is a 1999 United Nations treaty designed to criminalize acts of financing acts of terrorism.

Those opposing accession to the convention see no problem in striving to prevent financial support for terrorists. Their concern, rather, is that certain countries could exploit the convention to target resistance groups in the name of confronting terrorism.