Had it not been for General Soleimani, Iraq would have failed 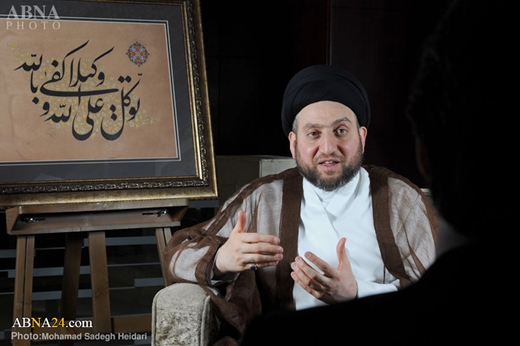 An Iraqi politician says that things got better after Ayatollah Al-Sistani released a fatwa and the Popular Mobilization Forces –backed by Iran – fought with great bravery against ISIL terrorists.

The head of the Islamic Supreme Council of Iraq (ISCI) has said that Iraq would not have been able to stand up to terrorist groups if Iranian forces, led by [Commander of IRGC’s Quds Force] Major General Ghasem Soleimani, had not helped the country.

Ammar al-Hakim made the remark in an interview with AhlulBayt News Agency (ABNA) on August 18 and added that Iran’s assistance has contributed a lot to the improvement of conditions in his country. The following is the translation of what else the visiting Iraqi cleric and politician said in the interview:

Over the past ten years, Iraq has been targeted by different terrorist groups such as the one led by Abu Musab al-Zarqawi who was succeeded by Abu Omar al-Baghdadi after his death.

During the transition of power in the terrorist entity, only the Shiites made losses because they were branded [by the terrorists] as Rafida [a derogatory term used by Salafis to refer to Shiite Muslims].

Any new terrorist group which emerged in Iraq tried to act more violently than its predecessors. The state of affairs in Iraq and the threat of terrorism – which haunted the country – did not improve even with the American boots on the ground. The US forces failed to turn the tide in Iraq.

Following the departure of US forces from Iraq and the formation of a nascent Iraqi Army, Alqaeda terrorists found the conditions ripe to enter Iraq. The weakness of certain Iraqi politicians was to blame for this.

Alqaeda used divisive measures as a tool. The terror group paved the way for its infiltration into Iraqi soil by creating a gap between Sunnis and the Iraqi government and spreading rumors that the government overlooked the problems of the Sunni-dominated areas.

How is it possible for 300 ISIL terrorists to force as many as 90,000 fighters to abandon the city and leave behind their military hardware? To develop a better understanding of the situation on the ground then, I should say that the predominantly Sunni cities were in the hands of ISIL at nights and were run by the government during the day, but it did not take long before the city of Mosul fell.

We have to wait for the result of investigations into what really happened [in Mosul]. What is good about such investigations is that they will reveal our weak points, both militarily and politically.

Things got worse by the day in Iraq in the wake of penetration of terror groups, but the tables were turned after Grand Ayatollah Seyyed Ali Al-Sistani [a Shiite source of emulation] released a fatwa and the country’s Popular Mobilization Forces – directly backed by Iran – fought with great bravery [against the terrorists].

The [US-led] international anti-ISIL coalition has not fared well. The question here is: how is it possible for 64 countries participating in this coalition with all their military hardware to fail to counter a small terrorist group such as ISIL? Given the formation of groups like the Taliban and Alqaeda, the presence of ISIL has always been the trump card for these countries in the region, so how can they possibly dispense with their own trump card?

ISIL, building on these countries’ support, sells oil in global markets. Is it possible to do so without someone’s support? This coalition is expected to act against terrorism the way we want, not their own way.

Undoubtedly, Iran was the first country to support us in trying times. The religious fatwa and assistance by Iran’s forces led by Ghasem Soleimani greatly helped improve the Iraqi situation. Everybody knows that Iraq would have been unable to resist if General Soleimani and his colleagues had not offered consultation to us. 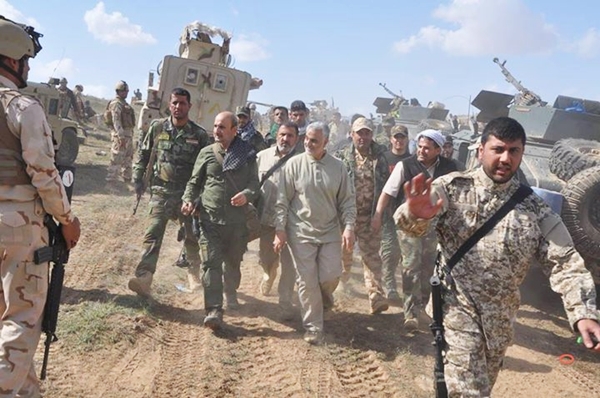 As the Supreme Leader of the Islamic Republic of Iran has put it, nations are the [ultimate] winners. People in Yemen can help their country get out of this tough situation. A diplomatic solution is needed in Yemen. If Saudi Arabia is seeking to help Yemen, it should do so by treating the Yemenis humanely, not killing people there.