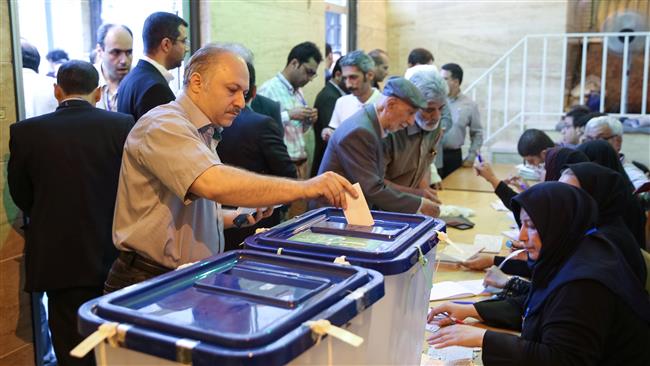 Iran's Interior Ministry says the Guardian Council has confirmed the result of the country's 12th presidential election, which saw President Hassan Rouhani reelected for another four years in office.

Guardian Council is the body responsible for overseeing elections and confirming their results in Iran.

In the letter, Secretary of the Guardian Council Ayatollah Ahmad Jannati announced that the body had received and examined reports and complaints about the election process and ultimately verified the poll’s overall result, he added.

The official said the 12-member supervisory body had received complaints of irregularities in the electoral activities before the election and on the day of voting on May 19, adding that some of them had been sent to judicial bodies for more investigation.

President Rouhani, a moderate candidate, won a resounding reelection victory with 23,549,616 votes or 57 percent of the total ballots. His main rival in the four-man race, Seyyed Ebrahim Raeisi, a principlist, secured 15,786,449 votes or 38.5 percent of the ballots. Mostafa Aqa-Mirsalim and Mostafa Hashemi-Taba, the other two candidates, received 478,215 and 215,450 votes respectively.

Overall turnout in Iran’s 12th presidential election was registered at over 73 percent.

Six candidates had been approved after vetting by the Guardian Council to run for president. In the final days of campaigning, however, two of the candidates, namely First Vice President Es’haq Jahangiri and Tehran Mayor Mohammad Baqer Qalibaf, withdrew from the race in favor of President Rouhani and Raeisi, respectively.