Growing popular expectations, the downside of the nuclear agreement 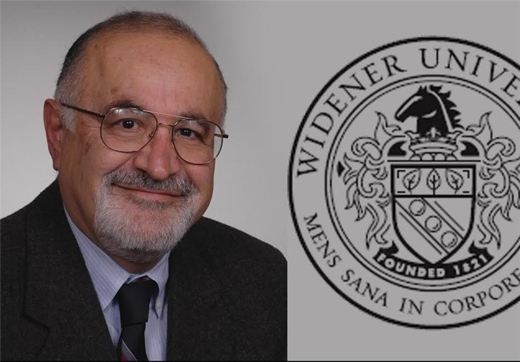 Hamid Zangeneh, an economics professor, says that a nuclear deal with P5+1is likely to raise people’s expectations that all problems can be solved overnight.

An American university professor of Iranian origin says that conclusion of a nuclear deal will not translate into termination of social, economic and political problems in Iran in the short run, calling for efforts to prevent people’s expectations from growing.

Hamid Zangeneh – a professor of economics at Widener University, in Chester, Pennsylvania – has taken an in-depth look at the agreement between Iran and P5+1, saying the growth of public expectations would be a drawback to such an agreement.

The following is the translation of his perspective as reported by Tasnim News Agency on April 8:

Before anything else, I should say that for years I have expressed my opposition – on the airwaves and in my articles – to the sanctions, and have supported in published remarks Iran’s bid to have a nuclear industry, which is the mother of all industries, in line with international regulations.

Some may think that a nuclear deal between Iran and P5+1 will spell an end to Iran’s political, economic and social ills in the foreseeable future. If those in charge do nothing to prevent people from getting it wrong, such interpretation would turn into the Achilles’ heel of the agreement. It would also see people – by and large – grow frustrated and become a plaything in the hands of the opponents.

The first thing public opinion should learn about is that the agreement has yet to be fully drawn up. In the course of three months [before the July 1 deadline] when the parties work to present coherent details, pressure groups can do something to make the talks implode one way or another; this is what the key power centers, especially in the US, have focused their efforts on.

Iranians, who oppose the agreement, fit into at least two categories. One views it as an ideological question which should be dealt with in the long run. The other includes those who have [largely] benefited from the sanctions.

On the American side, those who are against the agreement hold similar views to the Iranian opponents. A number of US Christians think that Jesus will reappear in Israel when the world is plagued by turbulence and anarchy as Israel is targeted by the East.

The philosophy behind the Israeli opposition is different. All in all, they do not want to see something change the existing balance of power. Building on the assumption that Iran can develop an A-bomb and disrupt the existing balance, they are not willing to accept any agreement other than one akin to that of Libya under which Tripoli packed all its systems and shipped them to the US.

Neo-Cons and Republicans serve as an umbrella for all warmongering groups, they may not see eye to eye on why there should be a war, though. A certain group, for instance, is perhaps thinking about regime change or they may seek to upset the balance of the establishment, fish in murky water and carry on with the Cold War, etc.

What matters more is that we should know that the agreement has not reached its final stage yet. For the time being, a press statement has been laid out and it has a long way to go before it becomes a legal text.

If the agreement succeeds in this process, it can open the doors for Iran. Where the doors will open to should be taken into account. It is probably the most important question which should be raised and dealt with in Iran. Perhaps the matter in question has been already studied in different ways, but Iran needs to open up a discussion on it again to put an end to what squanders and misappropriates funds in the country.

The following are the key points the government should take notice of:

1. After signing a deal [with P5+1], Iran will gradually break into the competitive international marketplace.

3. Foreign revenues [Iran can collect from its trade] in other countries such as India and China are an asset for Iran and should not be spent on buying consumer products and the like. The revenues Iran can earn from foreign countries should not be used to raise liquidity in the country and let go of the achievements of the government over the past 18 months, among them, lower inflation.

4. Iran is likely to get the membership of the World Trade Organization (WTO). To make that happen, Iran needs to get ready for producing quality, cost-effective products. Is Iran ready to face tough foreign rivals?

5. Does Iran know what to produce and where to sell them? Is it able to make products which can earn the country at least $100 billion to cover imports? Has the country thought about the marketing methods it should employ [to sell its products]?

6. And finally, how does Iran seek to develop such a mother industry and thus help the entire economy grow?

Zangeneh, who received his Ph.D. from the University of Missouri, is a widely published author, television commentator, and lecturer. He is currently the editor of the Journal of Iranian Research and Analysis. He is also the author of Islam, Iran, and World Stability. Together with Cyrus Bina, he has penned Modern Capitalism and Islamic Ideology in Iran (November 1991).
› Subscribe
Share
Facebook
Twitter
ReddIt
Email
Print
Telegram
WhatsApp
VK
LINE
Viber