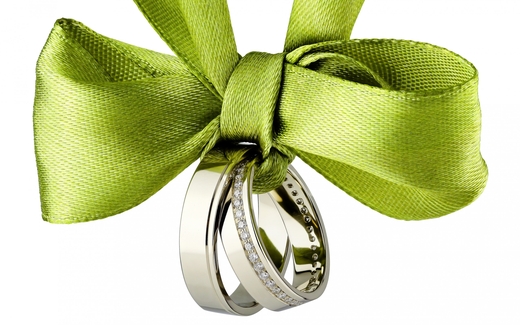 It is possible to protect the environment in many ways; however, it needs a strong will and motivation. Such a resolve seems to have been reinforced in Iran in recent years to an extent that environmental protection has even become part of the traditional marriage ceremonies.

Here is IFP’s translation of a report by IRNA.

We have frequently heard that someone plants a number of saplings or another one conquers a summit to protect mountains. However, it’s been a while that we can find reports from different parts of Iran on couples who set environmental conditions for their marriage. This means that the importance of environment is being integrated into the tradition of marriage, and this is a very fortunate development.

For example, a young couple in [western city] of Kermanshah planted 1305 saplings to mark the beginning of their marriage. It was an admirable move to choose the number 1305, because it was the solar year when Eskandar Firouz, the founder of Iran’s Environmental Protection Organization, was born in Shiraz.

A couple in Kerman also tried not to use disposable containers in their wedding ceremony. They also had the trash separated at the end of the ceremony, avoided the sacrifice of animals, and planted a sapling instead.

A while ago, Mohammad Reza Rostami, an official with Iran’s Sport and Youth Ministry, referred to “Green Marriage” as a plan to correct social and environmental patterns.

“The Green Marriage plan was proposed by the sport and youth ministry to Department of Environment on the occasion of ‘Week of Marriage’,” he noted.

“In this plan, we intend to combine environmental elements and marriage as two social and environmental factors, and propose a new model, namely ‘Green Marriage’, to the youth,” Rostami went on to say.

“In this model, we have highlighted such criteria as water consumption pattern, use of plants, and avoiding repeated hoots,” he added.

Mohammad Darvish, the director-general of the Department of Environment’s Public Participations Office, told IRNA on Sunday that the number of Green Marriage cases have recently risen, and expressed the hope that it turns to a social environmental movement.

It is very important to provide further information in this regard, he noted, adding that even in a traditional ceremony like marriage, one can protect the environment.