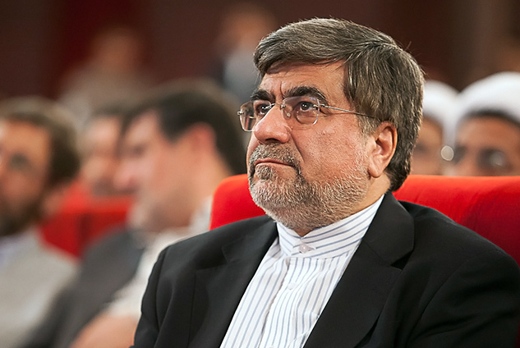 The minister of culture and Islamic guidance has stated unlike in the past, the government seeks to create national harmony.

Minister of Culture and Islamic Guidance Ali Jannati said Sunday the administration of President Rouhani believes that a decent lifestyle and nuclear energy are both inalienable rights of the Iranian people, thus tries to strike a nuclear deal and ease the pressures the public is exposed to.

According to Khabaronline.ir, the culture chief who was speaking in a ceremony in Yazd to mark the second anniversary of the electoral victory of President Rouhani, further said when the Rouhani administration took over, the country had only a few days worth of wheat reserves.

“At the same time shiploads of basic goods were close to Iran’s ports, but because of the sanctions the country was unable to make payments to secure imports,” he said.

He went on to say one of the biggest problems the country is dealing with is stagflation which has fortunately landed in positive territory from -6.8 percent. “During the eight years the ninth and tenth governments [led by Ahmadinejad] were in office, liquidity increased 6.7-fold and the volume of debts to the Central Bank shot up 22-fold.”

Given the political and economic conditions of the country, measures to settle the nuclear dispute was placed on the agenda of the 11th government, he said, adding, “Unlike the previous government who would go [to international forums, including the UN General Assembly] to talk about management of the world, over the past two years talks to settle the dispute have been continuing in earnest and the government hopes they will soon result in a deal.”

On unemployment, the culture minister said, “Unfortunately, many families have someone unemployed in their ranks; and in the absence of necessary efforts, that may give rise to misdemeanor.”

On the performance of the previous government, he said in eight years the state employed 890,000 people, the employment of 490,000 of whom was illegal.

The previous government would release fake figures, he said, adding, “President Rouhani sought to rectify that trend and decided to create a government of truthfulness and meritocracy. That is why most members of the Cabinet specialize in the fields they have been assigned to.”

The minister of culture and Islamic guidance further stated unlike in the past [a reference to the presidency of Ahmadinejad] the government seeks to create national harmony. “Some ministers of the previous government even replaced the janitors of their ministries.”

He added tolerance is a major characteristic of the Government of Prudence and Hope, adding, “At the Ministry of Culture and Islamic Guidance, we have tried to promote tolerance and draw no distinction between newspapers that support the government and the ones that oppose it.”

He blamed the previous government for the spread of unethical behavior in society.

On the foreign policy front, he said that President Rouhani’s government has tried to eliminate Iranophobia, rectification of the problem may take years to complete, though.

Ali Jannati described the Iranian nuclear negotiating team as being comprised of seasoned diplomats, and said the other side has admitted that it is dealing with very competent and steadfast Iranian diplomats.

He added reports on progress in nuclear talks are regularly presented to senior state officials. “Scores of veteran experts are offering advice to the foreign negotiating teams, but in Iran some are dismissing the talks as ‘humiliating’ rather than contributing to their conclusiveness.”

In conclusion, he said that since day one President Rouhani was against raising prices and over the past 21 months, the government has not borrowed money from the Central Bank.