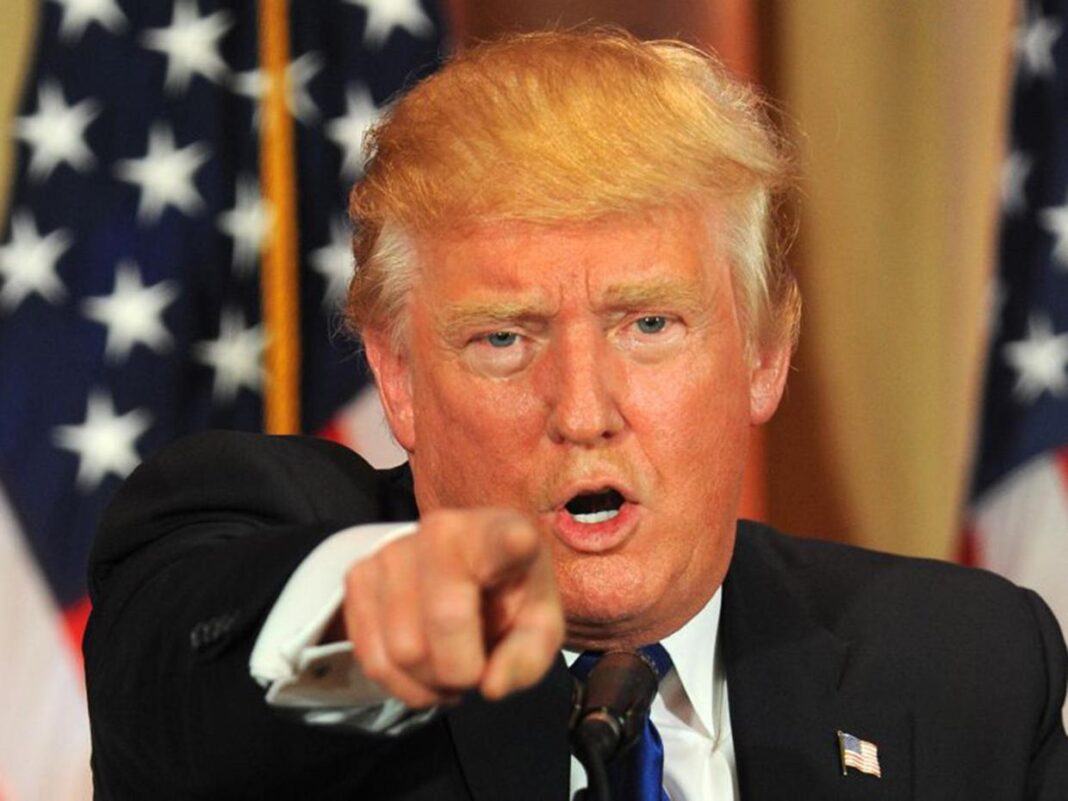 The US presidential elections are getting more interesting and unpredictable as we get closer to November 2016. What has made it even more difficult to predict is the internal conflict between the Republicans, where many GOP supporters are still undecided to vote for their official candidate Donald Trump.

According to a report by Etemad newspaper, as translated by IFP, fifty prominent Republican foreign policy and national security experts — many veterans of George W. Bush’s administration — have signed a letter denouncing Donald Trump’s presidential candidacy and pledging not to vote for him.

The letter, first reported by The New York Times on Monday, August 8, warns, “We are convinced that in the Oval Office, he would be the most reckless President in American history.”

“[Trump] would be a dangerous President and would put at risk our country’s national security and well-being,” said the former officials.

“Most fundamentally, Trump lacks the character, values, and experience to be President,” they added.

“He weakens US moral authority as the leader of the free world. He appears to lack basic knowledge about and belief in the US Constitution, US laws, and US institutions, including religious tolerance, freedom of the press, and an independent judiciary.”

The letter also said that Trump has “demonstrated repeatedly that he has little understanding” of America’s “vital national interests, its complex diplomatic challenges, its indispensable alliances and the democratic value.”

They also regretted that “Trump has shown no interest in educating himself.”

“None of us will vote for Donald Trump,” they said in the letter.

Nevertheless, the former officials stressed that they “know that many have doubts about Hillary Clinton, as do many of us.”

The letter came as former Republican officials used to avoid taking public stances against Trump, and such stances used to be expressed only in social media pages and small gatherings.

Many of the same leaders wrote an open letter in March during the Republican primaries condemning Trump and pledging to oppose his candidacy, at a time when other GOP candidates remained in the race.

Some of those signatories have not signed the new letter; however, many former officials in Republican governments, who had kept silent towards Trump’s policies, have felt the threat and broke their silence by signing this letter.

The letter underscores the continuing rupture in the Republican Party, but particularly within its national security establishment.

Many of those signing it had declined to add their names to the letter released in March. But a number said in recent interviews that they changed their minds once they heard Trump invite Russia to hack Clinton’s email server and say that he would check to see how much NATO members contributed to the alliance before sending forces to help stave off a Russian attack.

Trump has said throughout his campaign that he intends to upend Republican foreign policy orthodoxy on everything from trade to Russia, where he has been complimentary of President Vladimir Putin, saying nothing about its crackdown on human rights and little about its annexation of Crimea.

The sharp split in the Republican Party raises the question of whom Trump will turn to for institutional memory if he is elected. The officials he denounced made plenty of mistakes, some of which they acknowledge and some they gloss over. But they are also the party’s repository of experience of economic, diplomatic and military strategies, both successful and failed. Trump’s own bench of foreign policy advisers has had comparatively little experience.

Missing from the signatories are any of the living Republican former secretaries of state Kissinger, George P. Shultz, James A. Baker III, Colin L. Powell and Condoleezza Rice.

Trump met with Kissinger and Baker several months ago, and “I came away with a lot of knowledge,” he told The New York Times in a July 20 interview. But neither of the two, who represent different foreign policy approaches within the party, has said if he will endorse Trump.

Trump: You Are Nothing More than Failed Elite

Late Monday, Trump struck back. The signatories of the letter, he said in a statement, were “the ones the American people should look to for answers on why the world is a mess, and we thank them for coming forward so everyone in the country knows who deserves the blame for making the world such a dangerous place.” He dismissed them as “nothing more than the failed Washington elite looking to hold onto their power.”

Trump identified many of the signatories as the architects of the invasion of Iraq and its aftermath. He also blamed them for allowing Americans “to die in Benghazi” and for permitting “the rise of ISIS” — referring to the 2012 attacks on the American mission in Libya and the spread of the Islamic State in Iraq and Syria, both of which occurred during the Obama administration. At the time, most of Trump’s Republican foreign policy critics were in think tanks, private consultancies or law firms, or signed on as advisers to the Republican hopefuls Mr. Trump beat in the primaries.

Tehran’s execution of Shahram Amiri, the Iranian academic who worked as a spy for the US, has influenced the US elections as well. It has become a pretext for Trump to attack his rival Clinton.

Trump claimed in his Twitter post that the hacked emails from Clinton’s sloppy server led to the execution of the Iranian nuclear scientist.

“Many people are saying that the Iranians killed the scientist who helped the US because of Hillary Clinton’s hacked emails,” Trump said in his Twitter page on August 8.

Clinton’s campaign responded to Trump’s insinuation that Clinton was somehow to blame for Amiri’s death, censuring him for feeding conspiracy theories.

“The Trump campaign has never met a conspiracy theory it didn’t like. He and his supporters continue to use increasingly desperate rhetoric to attack Hillary Clinton and make absurd accusations because they have no ideas for the American people,” Clinton campaign spokesperson Jesse Lehrich told the Washington Post.

The US State Department also announced in a Monday statement that there was no connection between Amiri’s execution and Clinton’s hacked emails.

American officials have noted that Amiri had come to the US on his own will, but suddenly changed his mind and chose to return to Iran and be with his family.

Clinton had stressed in a July 2010 press conference that Amiri is free in the US. However, two emails sent to Clinton when she was Secretary of State and stored on her private server appear to refer obliquely to Amiri’s doubts over staying in the US. A few days after the emails were sent, Amiri went to Iran’s Interest Sections in Washington to come back to Iran.

”I’m not going to comment on what he may or may not have done for the United States government, but in the emails that were on Hillary Clinton’s private server, there were conversations among her senior advisers about this gentleman,” Cotton said.