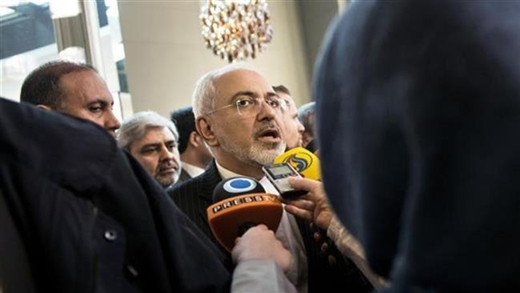 Reaching a good and appropriate agreement is more important than signing it a few days sooner or later, Zarif told reporters in Luxemburg on Monday.

“We have always tried to finish the job (resolving Iran’s nuclear issue) at the earliest possible opportunity. Of course, reaching a good and appropriate agreement is more important than [signing it] a few days sooner or later,” Zarif told reporters in Luxemburg on Monday.

He made a trip to the European country to discuss various issues including Tehran’s nuclear case with EU foreign policy chiefFederica Mogherini and his European counterparts from the P5+1.

Regarding the removal of anti-Iran sanctions, the Iranian minister said any deal with the six world powers on Tehran’s nuclear program should include the lifting of all sanctions simultaneous with the start of the implementation of nuclear measures by Iran.

“I think the issue of simultaneity has already been resolved in the Lausanne declaration. It was clear that sanctions will have to be lifted simultaneously with the implementation of the steps that Iran will take.”

He further stressed that Iran’s nuclear program is a peaceful one, without any possible military dimension (PMD).

“We have been very clear that there are no PMDs. Iranian nuclear program has always been peaceful,” Zarif said, adding, “We have made it clear to the [International Atomic Energy] Agency that we are prepared to work with them in order to remove any concerns that they may have, provided that it is taking place within international law and respect for Iranian sovereignty.”

In addition to the nuclear negotiations, “It is an opportunity to discuss the [Middle East] region’s significant issues such as the crisis in Yemen, the situation in Syria and extremism in the region, in principle,” Zarif said.