Golden Memories of Swedish Woman Who Ran across Iran All Alone 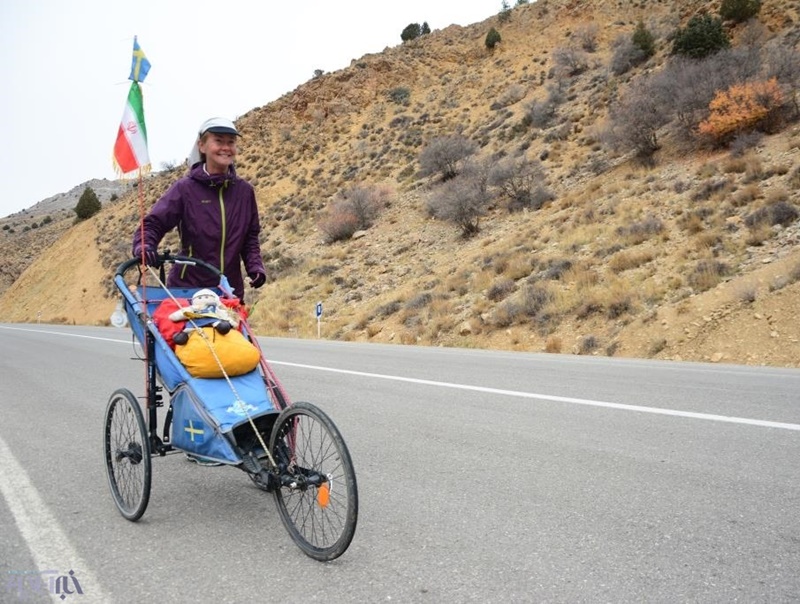 A Swedish female runner who visited many Iranian cities all on her own talks about the memories of her journey to Iran.

“It was mutual: I trusted people and they received me kindly in their homes,” said Kristina Palten, the Swedish runner who travelled to Iran with the motto of “trust”.

Here’s IFP’s translation of Khabar Online’s interview with Palten, a 45-year-old Swedish ultra-runner who ran across lots of Iranian towns and cities:

A lot of tourists travel to Iran from different countries and visit its cities during the year, but Kristina Palten, the 45-year-old Swedish woman who is the subject of our interview, is different as she travelled alone, visited some cities not very well known to foreign tourists, and passed through them on foot.

Carrying her brief luggage, she has been in different Iranian cities for about two months, running in our country with the motto of “trust”; a slogan that, she says, has become obvious to her during the journey.

During this interview, she talks about her agreeable and disagreeable experiences during her journey to Iran.

Why did you choose Iran?

The important reasons were nature and people`s culture; however, another reason that pushed me into visiting Iran was the existing prejudice about the country. In Sweden, and in Western countries in general, you can`t imagine a woman travelling to Iran by herself and be secure. This is why I chose “trust” as the slogan of my journey; I wanted to convey the message that people should trust each other.

I wanted to say that it is possible for people, especially people from different nations, to be curious about one another, to get to know each other; and we should be prepared for that. I wanted to be a window to knowing Iranian people, and introducing my country`s people to them. This is why I got prepared for this journey. I started to trust people I didn`t know, and the result was wonderful. During my journey, I lived with 34 different families. They received me with various foods; I entered Iran with a weight of 70kg and left the country with the same weight, despite having run for 1,840km. I never bought fruit in Iran since people used to give me fruit and food, and helped me in everything. Iranians showed me a big trust as they let me stay at their places. In fact, there is a mutual trust and an important, beautiful message for humankind. 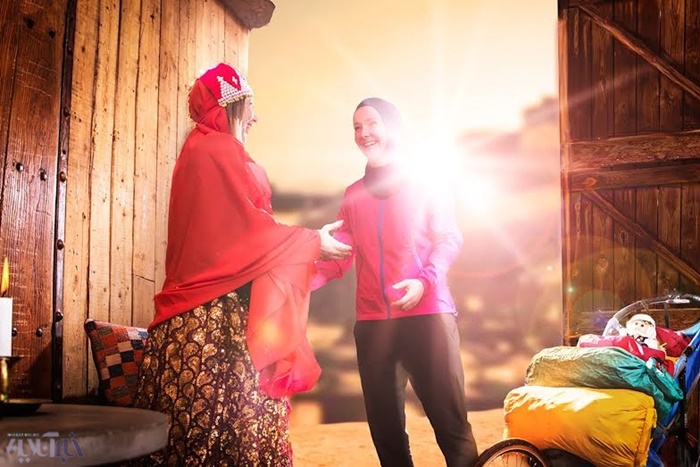 I wanted to be a window to knowing Iranian people, and introducing my country`s people to them. This is why I got prepared for this journey. I started to trust people I didn`t know, and the result was wonderful.

Didn`t you have such a slogan in your other journeys?

With this slogan I only travelled to Iran. I travelled with a friend to Turkey, Bulgaria, Romania, Ukraine, Poland, Lithuania, Estonia, Finland and some other countries in 2013, and it included 3,262 kilometres of running and 493 km of boating. We had no slogan at that time. I thought of this slogan before travelling to Iran.

Wasn`t the choice of “trust” caused by your mind-set? What did you think of Iran before your journey? Weren`t your family and friends opposed to your decision?

I should tell you that I had a lot of preconceptions, and my friends and family had a lot of pictures of Iran in their heads. Iran isn`t well-known for my people, I just heard some Iranian friends saying that Iran is a very beautiful country with hospitable people; but what I read in the news was different. They suggested that Iran is a horrible country with odd, severe laws. I had heard about the hatred between Iran and United States, and I thought maybe people will not like and accept me as someone from a Western country.

In the video clips taken from your journey, somewhere you mention “I am very afraid”. What was the reason?

In my journey to Iran, I was alone and as I intended to have a documentary about my trip, I was accompanied by a professional photographer named Soroush Morshedian for eight days of this 58-day journey. In all other days I was alone. It is frightening to be alone in a country where you don`t understand people`s language and you have difficulty in expressing yourself. Particularly because there, the majority of signs were written in Persian and I couldn`t find my way. I felt lonely and stranger, so I was frightened. Of course it was the beginning and these feelings disappeared gradually. Besides, I think another reason for fear at the beginning of my journey was that, in last days before my departure, my friend died of cancer and one of my family members was hospitalized because of diabetes. That caused me an unpleasant feeling, and made it more tragic to be far from my home country and family.

I have hundreds of pleasant, golden memories from my journey to Iran. I wrote them in my blog and a lot of people from different countries read them. By doing this, I guess many people developed a better viewpoint of Iran and my friendship with Iranians is passed to them.

Were other parts of your journey enjoyable?

Very much. I met very gentle people. Iranians are really kind and hospitable. I was surprised and gladdened by their hospitality. I have hundreds of pleasant, golden memories from my journey to Iran. I wrote them in my blog and a lot of people from different countries read them. By doing this, I guess many people developed a better viewpoint of Iran and my friendship with Iranians is passed to them. 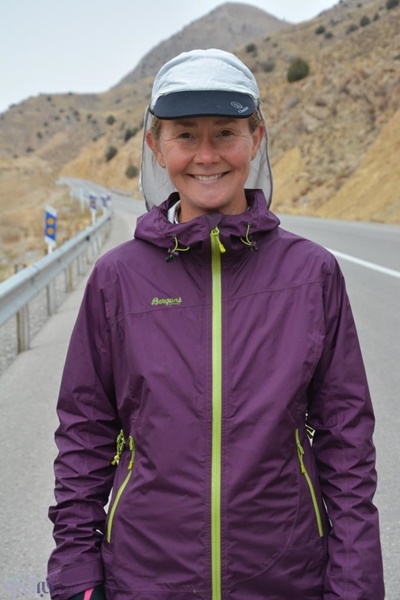 What cities did you visit?

I travelled to Tehran by airplane; then a friend drove me to Bazargan and that was where I began to run. I visited Maku, Marand, Tabriz, Sareyn, Ardabil, Astara, Talesh, Bandar-e-Anzali, Kianshahr, Lahijan, Ramsar, Tonekabon, Chalus, Nur, Amol, Babol, Sari, Neka, Behshahr, Galougah, Gorgan, Aliabad, Galikash, Bojnord, Shirvan, Ghuchan and finally, Bajgiran.
At the end, what I can say is that I love Iran very much. I wished I could speak Persian and talk and communicate more with Iranians.

Did you have any particular problem during your journey?

I`m not going to say there wasn`t any problem, but not a big and important one. There were some usual problems; for example early in my way, a man who I guess was a drug addict held my little carriage in which I carry my things and didn`t let me go; he insisted that I sit down and have a tea with him, which I refused because it didn`t feel good and he didn`t behave respectfully; however, he still didn`t let me go so that I had to blow him and pass through. I was very afraid when I looked at his very large and red eyes, but such a thing didn`t happen again.

Another case that hurt me was a man beating his son in a restaurant. I believe that someone who uses his physical force against others is a coward and not a brave person. That little boy was beaten, scared and crying, to the point that I interfered and asked the man to end his misbehaviour. I found his conduct very ill-bred. No discerning person behaves the younger or weaker like that.

Are you decided to continue your trips? Will you travel again to Iran?

I should see. I have no detailed plan for the future, but I`m sure that plans will find their way into me. Now I work on my documentary about my journey to Iran and I`m willing to write a book on that. On whether I travel to Iran again or not, I should say why not, I will be glad if I can.