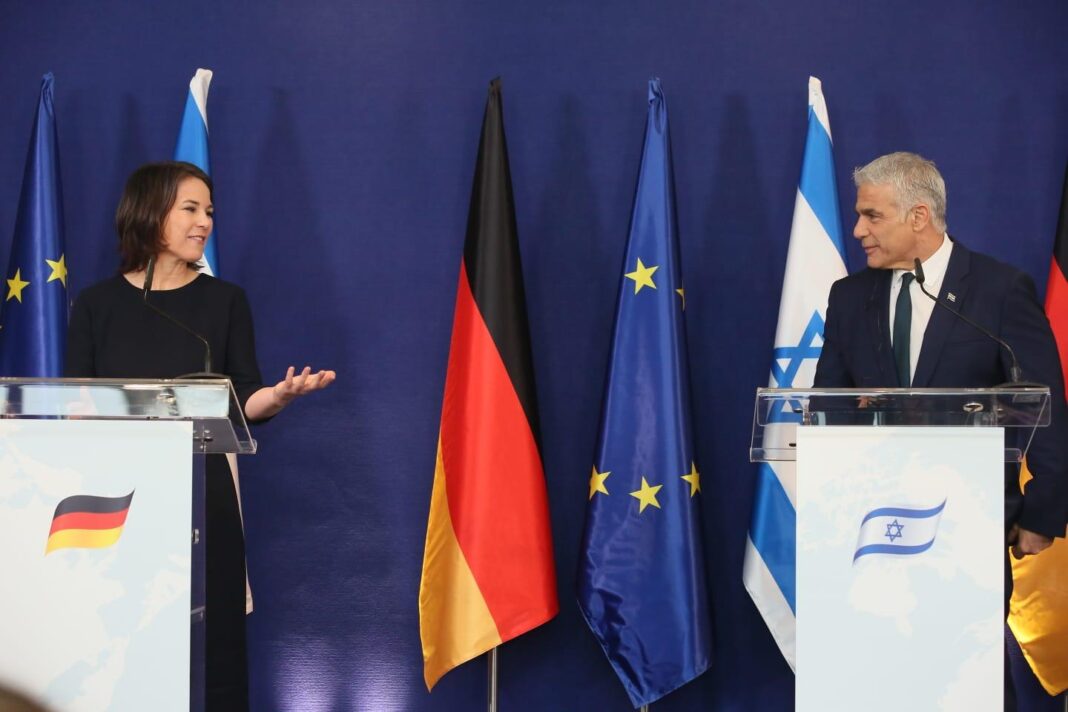 Baerbock spoke at a joint press conference in Tel Aviv with her Israeli counterpart, Yair Lapid, during an official visit to Israel.

Lapid said that he and Baerbock discussed the nuclear talks and presented her with Israel’s position “that a nuclear Iran endangers not only Israel, but the entire world”.

Without providing any proof, Lapid claimed that Iran is “an exporter of terror from Yemen to Buenos Aires” and that the agreement must take into account its regional aggression.

Baerbock stated that she was “convinced that a full restoration of the JCPOA would make the region more secure, including Israel, otherwise we would not be having these talks”.

She added the talks with Iran, of which Germany is a party, have reached a “very critical point” and that it was important for Iran to come back to the table “with a willingness to compromise and without maximum demands”.

“We want to do everything we can to ensure that with this agreement, Israel’s security is guaranteed,” Baerbock continued.

The US has so far failed to remove its “maximum pressure” sanctions, which it imposed on Iran after Washington pulled out of the 2015 deal, and give guarantees that a future administration will not ditch the agreement again.

Washington has recently announced it sees a path to an agreement in the Vienna talks over the nuclear deal, but Tehran must make “tough political decisions now”. Iran has repeatedly rejected any deadline or precondition over the deal, stressing the US that unilaterally withdrew from the Joint Comprehensive Plan of Action (JCPOA) must first lift its sanctions against Tehran.

On Thursday, Iran’s Foreign Minister Hossein Amir Abdollahian said the nuclear talks will come to an end when the west shows determination to remove all sanctions imposed against Tehran.

“Today in Vienna, the United States and the western parties are faced with a litmus test in which they must show their candid behavior to the world,” Iran’s top diplomat noted.

“We have attended the [Vienna] talks with seriousness, a [clear] plan and initiative [and] are determined to reach a good agreement,” he added.

On Tuesday, Iran and the other parties to the nuclear deal gathered in the Austrian capital, Vienna, to resume the eighth round of talks aimed at reviving the accord.