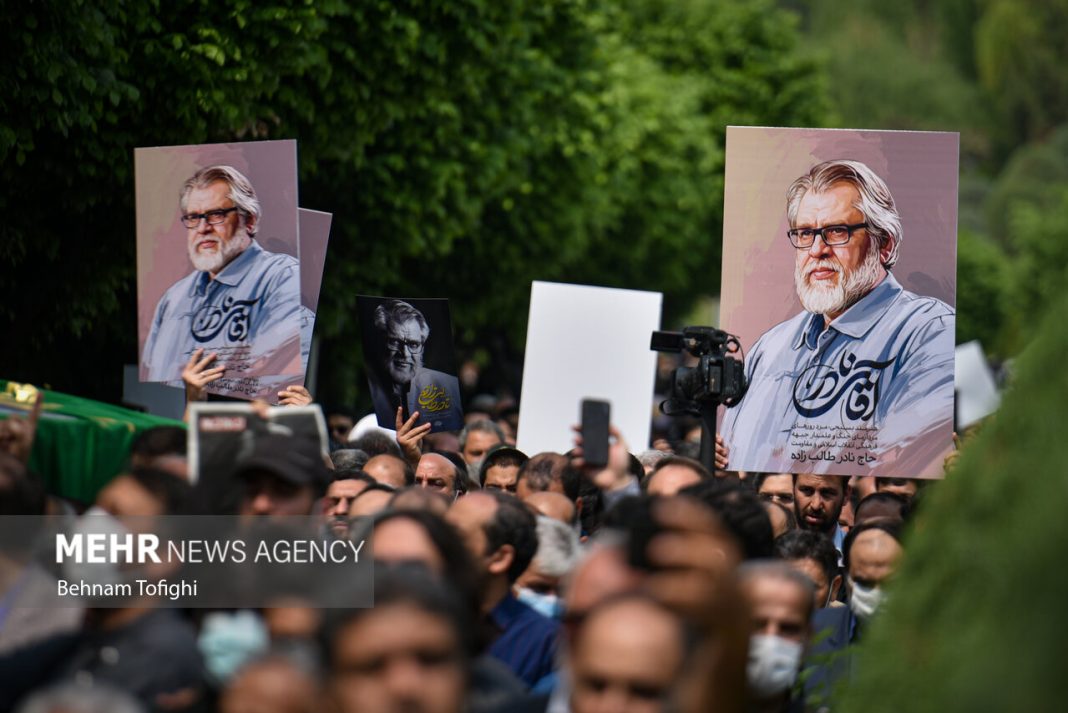 A funeral procession was held for Iranian media personality Nader Talebzadeh in Tehran on Sunday and he was buried at the Behesht-e Zahra Cemetery in southern Tehran.

The procession began at the headquarters of the Islamic Republic of Iran Broadcasting (IRIB), from where Talebzadeh’s body was carried to the cemetery, accompanied by colleagues, family, and friends.

A veteran Iranian documentary maker, Talebzadeh died of cardiac arrest at a hospital in Tehran on Friday evening. He was 69.

His body was buried next to Morteza Avini, another filmmaker who, like Talebzadeh, documented the atrocities committed against Iranians during the eight-year Iraqi war of the1980s and who was killed in a mine blast in a former war front some years after the end of the war.

Talebzadeh served as the chairman of the International New Horizon Conference, which aims to expose the criminal policies of the US and Israel, and was placed under sanctions by the US in 2019 for those activities.

Leader of the Islamic Revolution Ayatollah Seyyed Ali Khamenei offered condolences over the Talebzadeh’s death on Saturday, calling him a “highly-motivated, hard-working, revolutionary researcher and artist.”