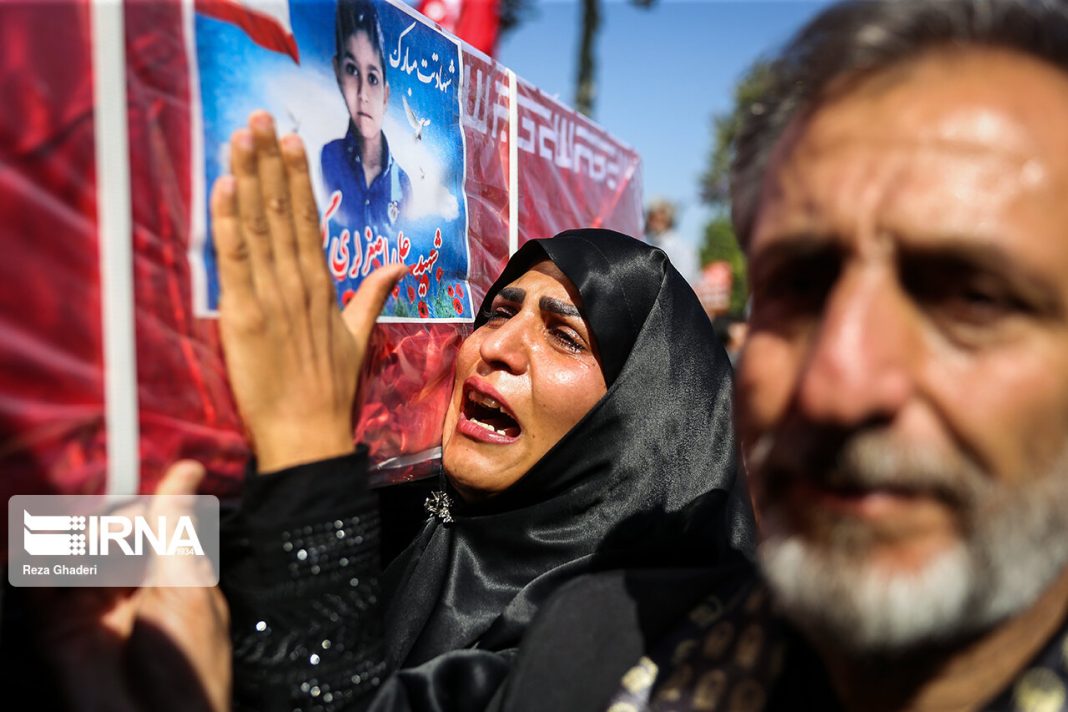 A funeral procession has been held in the southern Iranian city of Shiraz for victims of a recent terror attack on a local holy shrine. Thousands of mourners turned out for the funeral service on Saturday.

They chanted slogans, condemning terrorism and those behind the heinous crime.

At least 13 people were confirmed dead in the terrorist attack on Wednesday evening, among them women and children. Over two dozen were also wounded.

A gunman started shooting from one of the entrances of the shrine, Shah Cheragh.
He then headed to the main compound firing at pilgrims and staff.

The assailant was finally injured by security forces and later succumbed to his wounds in hospital.

The ISIS terrorist group claimed responsibility for the attack.

Iranian officials including the Leader of the Islamic Revolution Ayatollah Seyyed Ali Khamenei have reaffirmed that the those behind the crime will be punished.