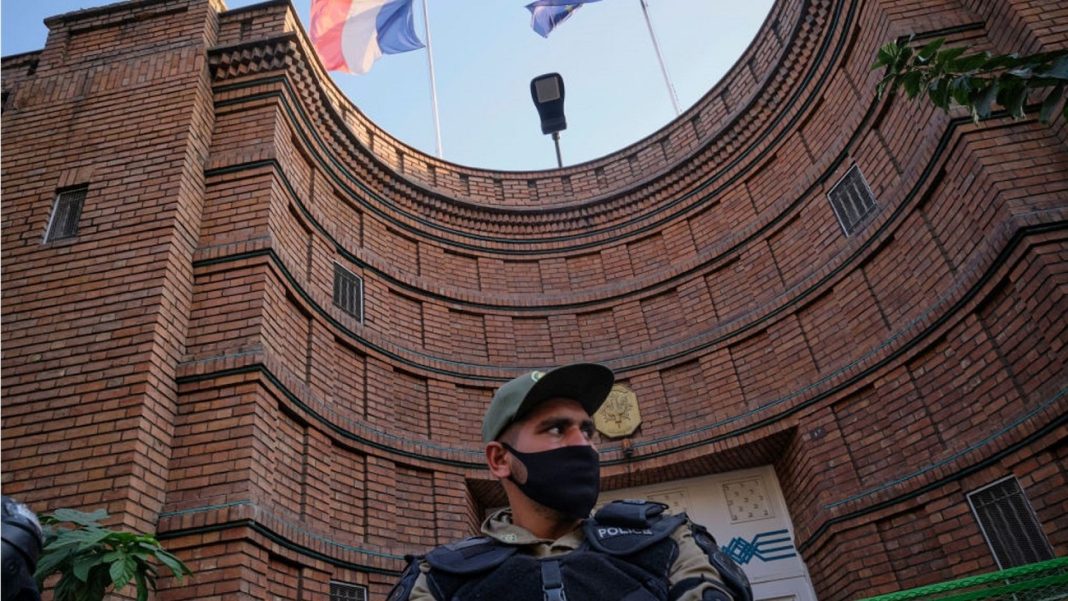 The French Embassy in Iran’s capital Tehran has rejected reports that the mission has suspended processing visa applications for Iranian nationals.

The embassy posted a tweet on Tuesday, reading, “France still issues visas in Iran. However, government filtering of the Internet has significantly slowed down our activities. Beware of rumors!”

The Iranian government put some restrictions on the internet and has slowed down connection following the unrest and deadly riots that gripped the country several weeks ago.

The announcement by the French embassy came a day after the head of the Association of Iranian Travel Agencies claimed that some European embassies in Tehran have put issuing visas to Iranian nationals on hold.

Hormatollah Rafiei told Entekhab news outlet on Monday that the consular affairs of the embassies, mostly in the 26-state Schengen Area in Europe, had stopped the process for visa applications without providing any reasons.

The Spokesperson of the Iranian Foreign Ministry Nasser Kanaani also downplayed reports on suspension of the German embassy’s consular services as ‘rumor’, assuring that the European mission continues its normal activities and issues both national and Schengen visas according to the regulations.