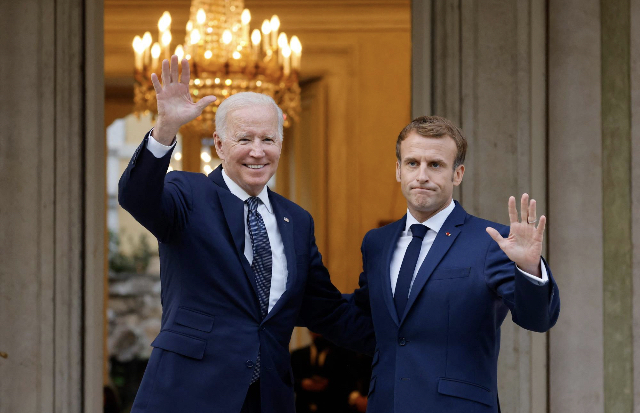 A French newspaper says Tehran believes Paris may become a mediator in US-Iran talks on the nuclear deal. Le Figaro has quoted deputy Iranian foreign minister Ali Bagheri as saying Paris should demonstrate itself as a more independent state.

“Although the approaches of Russia or China are closer to our stance, from the moment of my today’s meeting I assume that France wants to play a more serious role in those negotiations,” he stated, commenting on the November 9 meeting with Philippe Errera, the Director-General for Political Affairs and Security at the French Foreign Ministry.

“If France demonstrates a more independent stance from now on, it will strengthen its position as a negotiator state,” he added.

French Foreign Minsiter Jean Yves Le Drian had a phone conversation with his Iranian counterpart Hossein Amir Abdollahian. on Tuesday to discuss the Joint Comprehensive Plan of Action (JCPOA) on Iran’s nuclear program. The French FM emphasized the importance of resuming the talks, suspended by Iran on June 20.

The JCPOA, also known as the Iran nuclear deal, was signed by Iran, the five permanent members of the United Nations Security Council (Russia, the United Kingdom, China, the United States and France) and Germany in 2015. Under the deal, Iran undertook to curb its nuclear activities and place them under total control of the International Atomic Energy Agency (IAEA) in exchange of abandonment of the sanctions imposed previously by the United Nations Security Council, the European Union and the United States over its nuclear program.

The future of the deal was called in question after former US President Donald Trump had announced his country’s unilateral pullout in 2018. US President Joe Biden has reiterated that he wants to take the United States back into the Iran nuclear deal.

Since April 2021, the P5+1 (Russia, the UK, Germany, China, the US and France) have been holding talks with Iran in Vienna to reinstate the deal. To date, six rounds have been held. The next round is due to begin in Vienna on November 29.