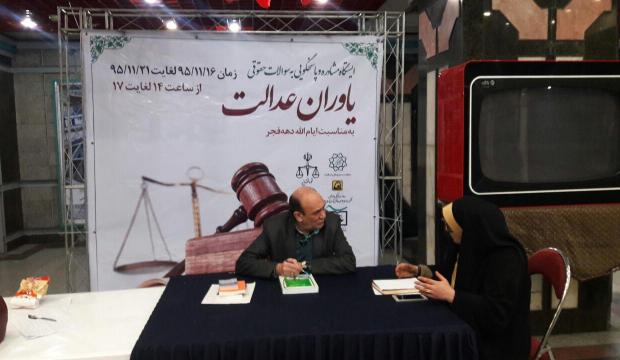 People can receive free legal advice in Tehran subway and cultural centres during the first ten days of February.

Hamidreza Batou, the Iranian Judiciary’s general director for legal and juridical culture affairs, declared that legal advisors offer free services in Tehran subway during the Ten Days of Fajr, the days when people celebrate the anniversary of the victory of Iran’s 1979 Islamic Revolution from January 31 to February 9.

“80 lawyers give people free legal advice in 15 subway stations and 22 cultural centres of Tehran,” he said. “They are available every day until February 9 from 14 pm to 17 pm,” he said, according to a Farsi report by Fars News.

Mentioning that this plan is being carried out for the second year, Batou noted, “The counsellors will also give free advice during the February 10 rallies.”

He also announced that the “each mosque, a lawyer” plan is to be implemented soon to raise awareness about legal matters.