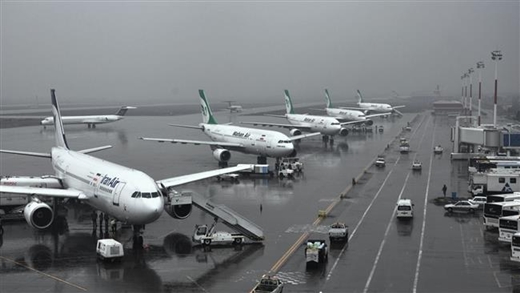 France’s ADPI Group is in talks with Iranian officials over the expansion of Tehran’s Imam Khomeini International Airport as well as the development of Mashhad and Shiraz airports, said a CAO official.

Iran says a leading French company specializing in airport architecture and engineering has voiced interest in the development of three key airport projects in the country.

Mohammad Khodakarami, the acting director of Iran’s Civil Aviation Organization (CAO), has told the domestic media that ADPI Group is already engaged in talks with Iranian officials over the expansion of Tehran’s Imam Khomeini International Airport (IKIA) as well as the development of Mashhad and Shiraz airports.

Khodakarami said a delegation from ADPI will soon arrive in Tehran to discuss the technicalities of the company’s planned investments in Iran.

The official added that Iran has already presented the investment potential of the three airport projects to the experts of the company who were in the country last week.

He said ADPI is accordingly expected to study the three projects and submit its proposals to the related aviation authorities.

Last October, the media reported that Iran plans a $2.8 billion expansion of IKIA and that France’s Bouygues SA and ADPI are among companies to express interest.

IKIA, about 40 kilometers southwest of Tehran, has a capacity for 6 million air travelers a year. Iranian officials say a plan to expand the airport envisages the construction of a new terminal with the capacity to handle 20 million passengers in a year.

This is seen as part of wider plans by Iran to position itself as the leading hub for cargo transportation and the second in passenger transportation in the Middle East.