France to Double Number of Visas Issued for Iranians: FM 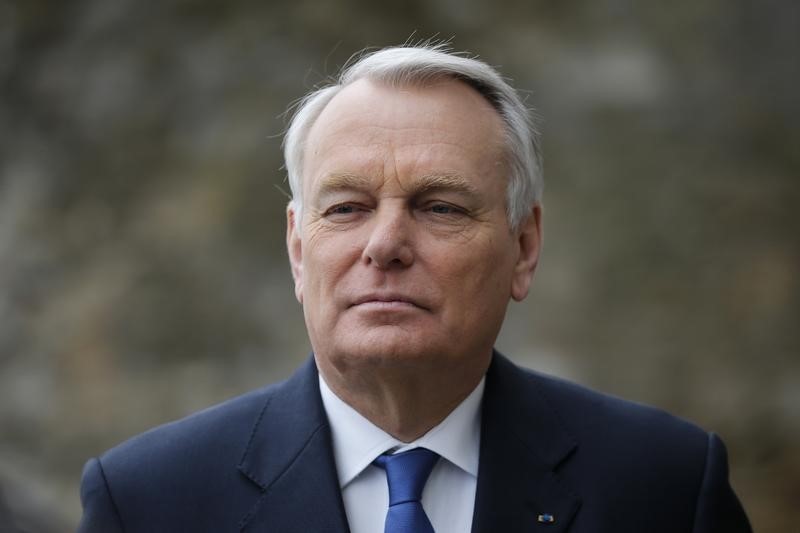 During his ongoing visit to Tehran, French Foreign Minister Jean-Marc Ayrault declared his country will double the visas available for Iranians in 2017, in what appears to be a response to US President Donald Trump's controversial travel ban which has targeted several Muslim countries including Iran.

The visiting French Foreign Minister said in a speech to the French expatriate community in Tehran that the US should avoid any move that would promote discrimination against nationals of other countries – what he suggested Trump’s order would lead to.

“The welcoming of refugees is a duty and question of solidarity,” Ayrault said. “Terrorism doesn’t have a nationality and discrimination is not a response.”

The measure also comes as France seeks to deepen bilateral ties with Iran after the lifting of Iranian sanctions in 2015, AFP reported.

France issued about 40,000 visas to Iranians in 2016, the news agency quoted an unnamed French diplomatic source as saying, adding that the visas would cover tourism, students and work.

Trump in an executive order issued on January 27 blocked the entry of citizens from Iran, Iraq, Libya, Somalia, Sudan, Syria and Yemen into the United States for 90 days. It also suspended entry of all refugees for 120 days and barred Syrian refugees indefinitely.

This provoked an immediate reaction from Iran with the country’s Foreign Ministry pledging a response in kind.

Ayrault in Iran: I’ve Come as Defender of Nuclear Deal

The French FM arrived in Tehran on Monday heading a senior politico-economic delegation.

Ayrault says he is a “defender” of the nuclear deal between Iran and six other countries, amid concerns that one of those countries, namely the United States, may act to breach it.

“I’m coming as the defender of the accord,” Jean-Marc Ayrault told reporters after landing in Tehran, referring to the Joint Comprehensive Plan of Action (JCPOA), as the deal is known.

“We want this agreement to be respected,” he said, emphasizing that it was a “common interest” to sustain the accord, Press TV reported.

The French foreign minister also noted, “We harbor real concerns about the US administration’s attitude toward this agreement.”

In a rare stance taken toward the new US administration, the French foreign minister also denounced recent US bans on nationals from Iran and six other countries and said Paris would be doubling the visa quota for Iranians.

“This has nothing to do with fighting terrorism,” Ayrault told the reporters. He said he thought the order was “dangerous,” amounted to “discrimination,” and had to be revoked.

Further explaining his agenda in Tehran, he said, “We will discuss our disagreements, notably on Syria.”