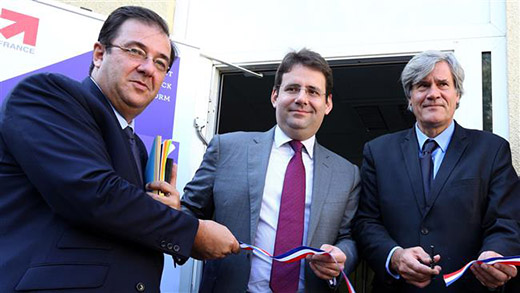 A French delegation has held talks with Iranian officials to discuss ways to boost bilateral trade ties between Tehran and Paris.

France has inaugurated a business development office in Tehran as part of efforts to strengthen economic ties with Iran.

Leading a 100-strong delegation, the French officials have already held talks with their Iranian counterparts to discuss ways to boost bilateral trade ties between Tehran and Paris.

Two cooperation agreements were signed during a meeting attended by senior Iranian and French officials on Monday.

Mohammad Reza Najafimanesh, a member of Iran-France Joint Chamber of Commerce, said two French delegations including representatives from major oil and auto companies will visit Iran to hold talks with their Iranian counterparts later this year.

The two sides agreed on forming a joint working group to facilitate trade and industrial ties between Iran and France.

“The new round of cooperation should lead to joint investment and transfer of technology,” Nematzadeh was quoted as saying.

He said Iran sets no limits on the activities of European companies, including French firms, but insists that products should be made inside the country.