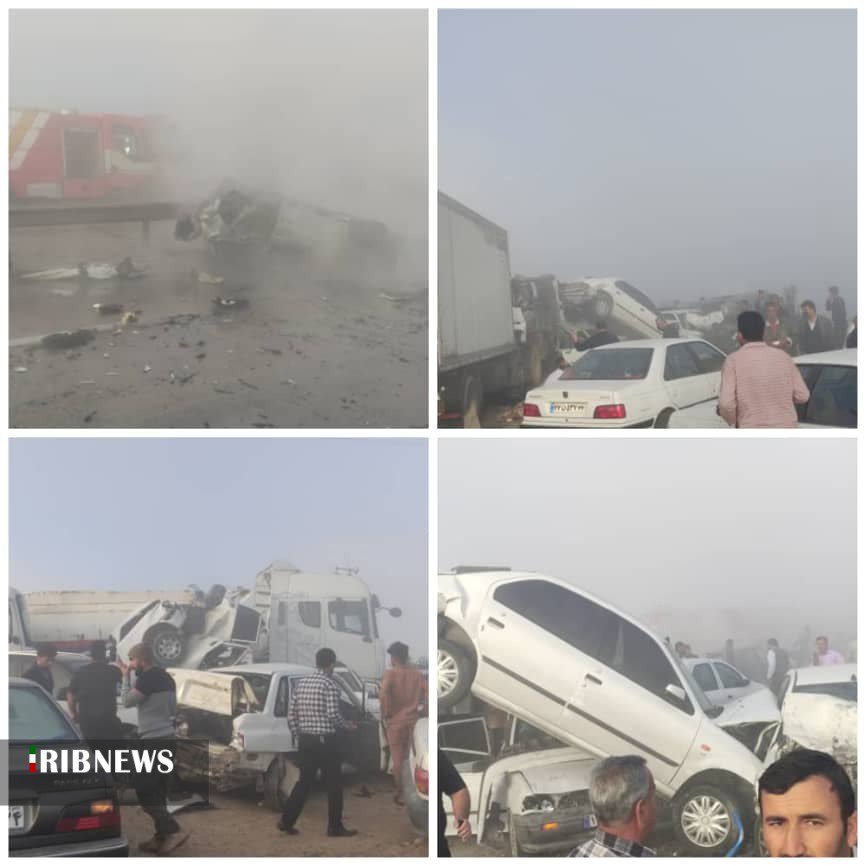 At least four people have lost their lives and dozens of vehicles are damaged in two pileups caused by foggy weather in the southwestern Iranian province of Khouzestan.

The crashes took place in a single location on opposite lanes on the road between the cities of Behbahan and Ramhormoz.

“The incident took place on two lanes. In one of the lanes, 9 cars smashed into each other and in the opposite lane, around 50 cars crashed, and three of them burst into flames,” said Khouseztan Roads Police chief, Colonel Reza Dolatshahi.

Dolatshahi added that three passengers of a single car and a passenger in another car were those who lost their lives. He further explained that foggy weather is thought to have caused the pileups.

Meanwhile, the relief operations department of Khouzestan’s Red Crescent Society said 33 people, including a pregnant woman, have been injured in the incidents.