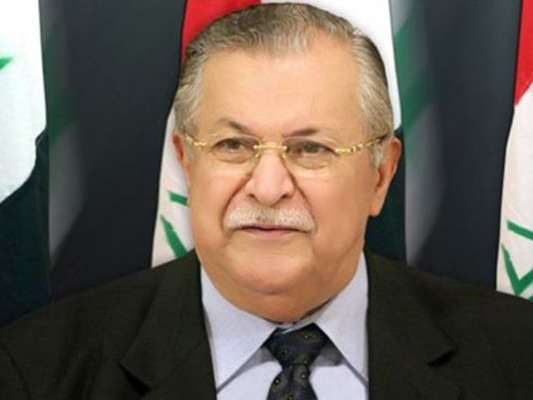 Leader of the Patriotic Union of Kurdistan (PUK) and former Iraqi president, Jalal Talabani, is in Iran’s capital Tehran on a friendly visit.

Leading a delegation, Talibani is visiting Iran at the invitation of Iranian officials.

“We were waiting for an appropriate opportunity to make the arrangements for his visit. This is not a political visit but an ordinary one,” he said.

A member of PUK Political Office, Rozgar Ali, said Iran is very important for Kurdistan Regional Government (KRG) because of its historic standing in the region.

“The visit of Talabani to Iran should be viewed from this point of view,” he said.

He went on saying that the Islamic Republic of Iran has established long-time and deep relations with the KRG over the past decades.

This is Talabani’s first visit to Iran after his brain stroke in 2013, he said, adding the visit is made at the invitation of Iranian officials.

The member of PUK Political Office also went on saying that the relations between Iran and the KRG date back to the fighting between the Kurds and the former regime of Ba’ath in Iraq.

“The relations have become deeper after the Islamic Revolution and Mr. Talabani played a key role in the expansion of ties between the two sides,” he concluded.