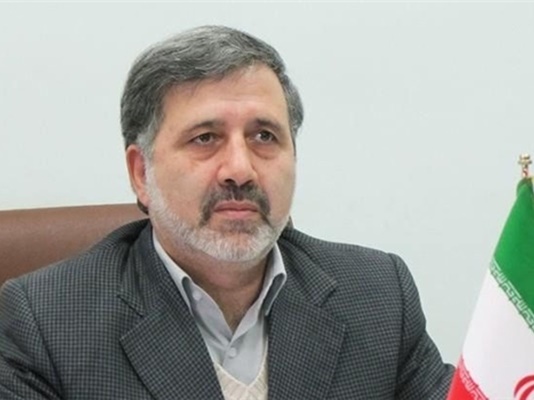 Iranian ambassador to Kuwait says it is unlikely that a regional alliance will be formed against the Islamic Republic of Iran.

Regional developments are unfolding so rapidly that the situation today is different from that of yesterday. Things are no longer changing monthly or weekly, but rather on a daily or hourly basis.

At a certain point in time, it was Iran that sent Arabs a message for dialogue and first proposed to hold consultations with them. But now, it is them that are making overtures and calling for talks with Tehran. In this scenario, Kuwait is the key player. Kuwait’s foreign minister recently travelled to Iran with a message which calls for dialogue with Iran. Then Iran’s president reciprocated the move and visited Kuwait to respond to that confidential letter. Both sides are making efforts to work out common solutions at the regional level.

However, double standards can still be seen in the behaviour of certain Persian Gulf countries. Although logic seems to be telling them it is in their favour to hold talks with Iran, their hearts are leaning toward the White House’s anti-Iran approach and they hope to see tensions with Iran intensified. Therefore, they, off and on, make harsh comments against Iran. Nevertheless, such rhetoric is so repetitive that it is a nonstarter.

In a Farsi interview with Etemad daily newspaper, Iran’s Ambassador to Kuwait Alireza Enayati has weighed in on the [Persian] Gulf Cooperation Council’s message to Iran and the necessity to establish a forum for regional dialogue at this juncture. Here are excerpts from his remarks in the interview.

Iran-Kuwait Historic Bonds
Iran and Kuwait have a common approach toward dialogue and cooperation. Part of that emanates from the nature of Kuwait’s foreign policy and its regional political behaviour. It is also because of Iran’s importance. Iran and Kuwait enjoy age-old bonds historically, geographically, culturally, politically and economically. Tehran, per se, deeply believes in dialogue and is of the conviction that any regional behaviour has a chance of success if coupled with dialogue.

The nature of Iran and Kuwait’s policy and behaviour is based on cooperation. Accordingly, the Kuwaiti foreign minister’s visit to Tehran comes to reiterate the importance of dialogue on regional issues. Iran welcomes whatever approach which is based on talks and collaboration. Iranian President Hassan Rouhani’s trips to two key regional countries were also aimed at stressing Iran’s willingness to work with its neighbours and further reinforce the idea of cooperation.

Our region is gripped by crises. The situation in the region is very deplorable. It is rife with terror, violence, war and aggression. The financial, political and ideological roots of terrorism are inside the region as well. The whopping costs of oppressive wars have put the brakes on development and progress in the region. Unfortunately, the Persian Gulf has witnessed four wars in as many decades. The first war was Iraq’s invasion of Iran, and now, the Saudi aggression against Yemen. Aggression is condemned in principle.

GCC’s Message to Iran: A Real Change of Heart?

War and violence are no way to conquer. Any initiator of war will be sorry at last. Instead of banging the drum for war, one had better go for peace and opt for dialogue. Not only has the region paid the price of war, but regional income has dropped by a half compared to previous years and regional countries are facing budget deficits. All these developments may have prompted member states of the [Persian] Gulf Cooperation Council to adopt a new regional approach. It goes without saying that Iran, unlike what is said, is part of the solution. Iran has managed to push back terrorism and Takfirism, and plays a pivotal role in regional peace and stability.

Is Saudi Arabia on Board with Other GCC Members?
A collective effort is required for dialogue to be successful. Saudi Arabia is one of [P]GCC members. If Iran and the council are to cooperate, Saudi Arabia is no exception. From Tehran’s point of view, no country should be excluded. We do not want to exclude Riyadh, either. If Saudi Arabia believes dialogue will be to its detriment, that is what Riyadh thinks. However, we believe all sides will benefit from the talks. Recently, the Italian foreign minister quoted his Saudi counterpart as saying that Riyadh backs the Kuwaiti emir’s letter. We hope this new approach will be supported and followed by all countries. There are a lot of buts and ifs in this issue. But what is important is that we are now facing a different sign which is leading us toward dialogue and we are treading the same path, too.

We are facing two different climates in the region: The climate of tension and violence, and that of cooperation and dialogue. These two environments each has its own requirements. In the past and, to some extent now, we were and are involved in the first climate. It would be so difficult to have deep political, security, trade, economic, cultural and social cooperation in such an atmosphere. Iranophobia and tribalism are the order of the day and, if care is not taken, sectarianism will grow as well. We are supposed to enter a new environment where we need a new language. Dialogue in a tranquil atmosphere could bring ideas and viewpoints closer together, iron out misunderstandings and boost convergent potentialities. If we want to sit down for talks, we should lay the groundwork for dialogue. Now we should see which environment each country is located in. It is not possible to think of the second climate but favour the kind of language used in the first climate. I believe it is still too early to speak of a forum for regional dialogue as an organized institution. We should kick off and promote negotiations now. Such a forum can be the outcome of fruitful talks, not the starting point for dialogue.

Iran Has Always Favoured Dialogue
Iran cannot be talked out of supporting dialogue. We have always stressed the importance of talks and have been moving on the same path. Some inappropriate comments you might hear are not aimed at making Iran change its mind. But the reason is that some still live in the climate of tension. Although it is time to enter the new environment, it looks like inflammatory remarks are institutionalized in their language.

Meetings between Iranian and Kuwaiti authorities revolve around cooperation among regional countries as well as holding dialogue to maintain security and stability in the Middle East. Regardless of that, Iran’s positions are crystal clear. We strongly support the Iraqi government and its efforts in fighting terrorism. In Syria, we underline the necessity of finding a political solution to the conflict there and play a key role in settling the crisis. We also support UN-brokered intra-Yemeni talks. Kuwait hosted the negotiations for more than two months. These are our straightforward political stances.

Getting engaged in dialogue and cooperation is a shared responsibility. All countries should contribute to efforts to promote cooperation and mutual relations and to push negotiations into success. What is important is to try to enter a new environment based on collaboration. A common viewpoint, joint action and shared responsibility are all required to realize a collective move. These are the pre-requisites for dialogue. We should draw a line between dialogue and conversation.

Kuwait and Oman have conciliatory and mild political points of view on regional issues. The history of the two countries also shows that they seek to ease tension and boost dialogue on regional issues. Iran, too, favours whatever move which would help defuse regional tensions, and is not seeking tension with Saudi Arabia. Iran has always said it extends a hand of friendship to its neighbours. If somebody presses Iran’s hands, they are welcome.

It is unlikely that a regional alliance will be formed against Iran. The creation of a regional alliance aimed at stoking tension runs counter to the message of peace and cooperation to regional countries. The region cannot take another crisis. Should a new crisis emerge, it will be detrimental to all. At the moment, regional states cannot ignore the heavy price they have to pay for the crises in the Middle East. Another crisis is out of the question, unless regional states want to commit suicide. Kuwait worked toward reducing tensions even during the previous administration in the United States. Currently, Kuwait is moving in the same direction as well. Kuwait’s efforts to promote dialogue are significant.

Transregional Powers in Middle East
Transregional powers enter the region to serve their own interests, not to ensure security. Regional security should be provided by regional countries without foreign interference. The Persian Gulf has always been among foreign powers’ targets and, hence, faced serious problems. Another point is that NATO has no base in Kuwait, but opened its regional office in the country in line with a program called the “Istanbul Initiative.” The secretary of Kuwait’s Security Council also announced some timed ago that the office is not meant for NATO’s confrontation with Iran.