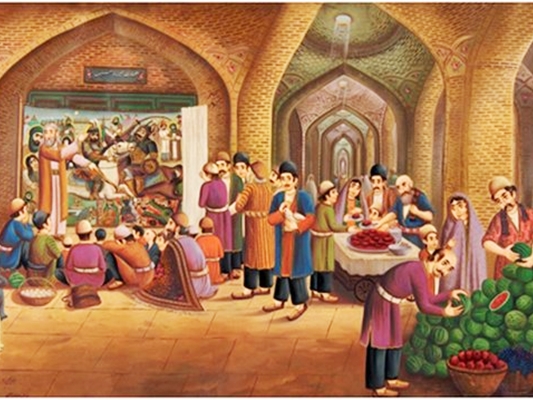 Iran is one of the world’s top 10 countries in terms of archaeological and cultural sites with plenty of ancient monuments in the UNESCO’s World Heritage List. However, the country's allure lies in its people's reputation for hospitality and culture.

A report by ISNA has pointed to excerpts from the remarks made by foreign tourists and travellers who have visited Iran throughout the history. Here’s IFP’s translation of the report:

Iranians are well-known for their cultural heritage and hospitality throughout the world as explicitly reflected in the books and manuscripts of famous travellers and tourists.

Mutual respect, cooperation, altruism, helping others, warm and cheerful greetings, and great general knowledge are among the incomparable features of Iranians that arouse interest of foreign tourists and travellers to hit the road and visit the country.

Hamid Amerian, in his book People and Culture of Iran, has quoted the comments made by a number of tourists and travellers who have visited Iran and shared their ideas and experience:

Jean Chardin, also known as Sir John Chardin, was a French traveller who described Iran as a matchless tourist destination all over the world.

“I travelled around the world; however, not a single place is like Iran as its people forgive each others’ mistakes generously.”

“In the societies of other countries, people won’t turn a blind eye on any minor mistake and rudely call them on it,” Chardin noted.

He said he had lived in Iran for many years and learned that showing respect creates a much deeper and more desirable effect than disrespectful behaviour.

According to Marco Polo, the Italian merchant traveller, Iranians have a spirit of cooperation.

“In Iran’s markets, I noticed many times that when a cart laden with merchandise is parked in front of a shop, neighbours and passers-by would voluntarily help unload the cart,” Polo said.

He underlined that he has met people in Iran who would help each other with love, and he found this love as a strange feeling.

Hugo Grothe is another traveller from Germany who visited Tehran in 1907. These are his words about Iranians in his book Travelling to Iran:

“We Europeans are accustomed to having a soulless life without feeling for people around us. If we are told that one of our relatives is facing a problem, we never concern ourselves about it. However, in cities and towns of Iran I noticed that people truly care about each other.”

William O. Douglas, the American jurist and politician, travelled to Iran in 1949 and was fascinated by the culture and hospitality of Iranian people inasmuch as that he authored a book named “Strange Lands and Friendly People”.

“European and American passers-by behave in a lifeless manner, but Iranians, on the contrary, tend to be warm and friendly. Smiling is an integral part of their greetings and etiquette,” Douglas noted.

An English traveller was also amazed by the general and literary knowledge of Iranian people when he heard construction workers reciting poems from Hafez and Saadi [Iranian well-known poets].

“When my translator explained to me that they were reciting poems from their famous poets, I was quite surprised because in England no worker on a building ever recites poems from our eminent poet, Shakespeare. This shows that Iranians have a penchant for poetry and literature. They possess high level of general knowledge,” he said.