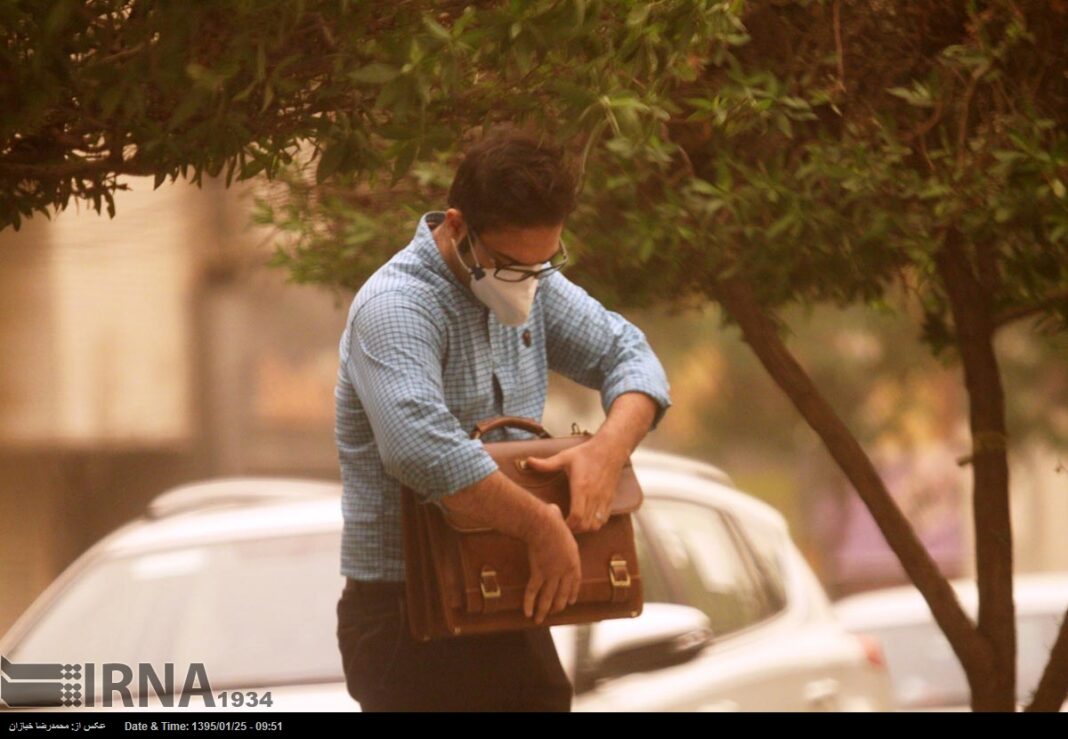 An urgent meeting to address the critical dust pollution in several Iranian provinces was held on Sunday, June 19, with 5 ministers, 5 governors-general, and the head of Environment Department in attendance. The Iranian Foreign Ministry was finally tasked with following up on the issue, since much of the dust is coming from abroad.

Chaired by Interior Minister Abdolreza Rahmani Fazli, the latest developments regarding ongoing dust pollution in a number of cities and provinces in Iran were considered in the meeting.

The officials discussed the moves that can be made against the crisis, which is mainly caused by dust coming from Iraq, Syria, and Saudi Arabia.

According to an ISNA report, as translated by IFP, Esmaeil Najjar, the head of Crisis Management Organization, announced after the meeting that Ilam, Kordestan, Khuzestan, Kermanshah, Hamadan, Lorestan, Qom, and Tehran are the provinces currently gripped by the pollution.

“One of the issues discussed in this meeting was whether international organizations should control the dust in other countries. Unfortunately, Iraq, Syria, and Saudi Arabia are the origins of the dust pollution in Iran. Iraq and Syria have particular problems, and Saudi Arabia lacks a serious will to fight the issue.”

“The origins of the dust coming from Iraq to Iran are mainly located in ISIS-held regions; therefore, Iraqis have naturally considered the issue of security as their first priority, and have no time to control the dust issue,” Najjar noted.

Therefore, he added, it was decided that the Foreign Ministry, in cooperation with international bodies, tries to control the dust pollution.

The dust has disturbed daily life in western and south-western parts of Iran, even cancelling flights at Abadan international airport on June 17. In addition to flight cancellations, dust storms have also prompted health warnings and resulted in closure of schools and offices in some areas.

A new wave of storms began on Thursday, June 16, but the authorities expect the situation to improve in the coming days, IRNA reported.

Iraq has long suffered from periodic, blinding sandstorms, but several years of drought have aggravated the situation there.