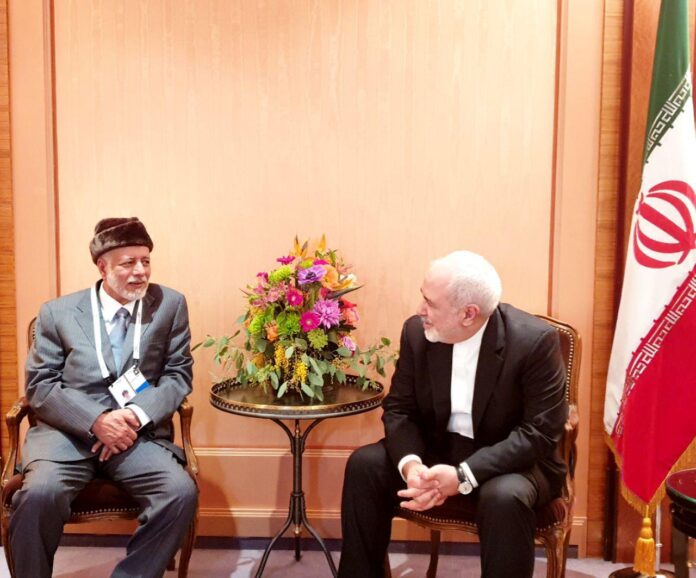 Iranian Foreign Minister Mohammad Javad Zarif, who is in Germany to attend the 55th Munich Security Conference, has held meetings with a number of world diplomats and his counterparts.

On Saturday, Zarif held a meeting with his German counterpart Heiko Maas, during which the two sides exchanged views on bilateral ties, the Iran nuclear deal, and the Instrument in Support of Trade Exchanges (INSTEX).

They also discussed the most important regional and international issues including Yemen, Syria, Afghanistan, among others.

Zarif further exchanged views with his Kyrgyz counterpart Chingiz Aidarbekov about bilateral relations in all fields, especially in economy and culture, and on international collaborations between Tehran and Bishkek.

The Iranian top diplomat also held talks with his Omani counterpart Yusuf bin Alawi on the sidelines of the Munich Security Conference in Germany.

In the meeting, Zarif and bin Alawi discussed bilateral ties and regional issues.

Earlier, the Iranian top diplomat held talks with Rosemary DiCarlo, the UN Under-Secretary-General for Political Affairs. At the meeting, the two sides conferred on Iran-UN cooperation, the implementation of the UN Security Council Resolution 2231, the Iran nuclear deal (JCPOA), and the Instrument in Support of Trade Exchanges (INSTEX).

They also talked about various international and regional issues including the situation in Afghanistan, Yemen, Syria, and Lebanon.

On the same day, Zarif also met with Børge Brende, the president of the World Economic Forum (WEF) and a former Norwegian foreign minister; Mary Robinson and Lakhdar Brahimi, two members of The Elders; and a group of Iranian expatriates living in southern Germany.

During the meeting, Zarif exchanged views with the participants on the common issues and concerns of Iranians inside and outside the country, particularly in cultural, economic, legal, and consular fields.

The Iranian top diplomat also responded to some of the questions raised by the participants.