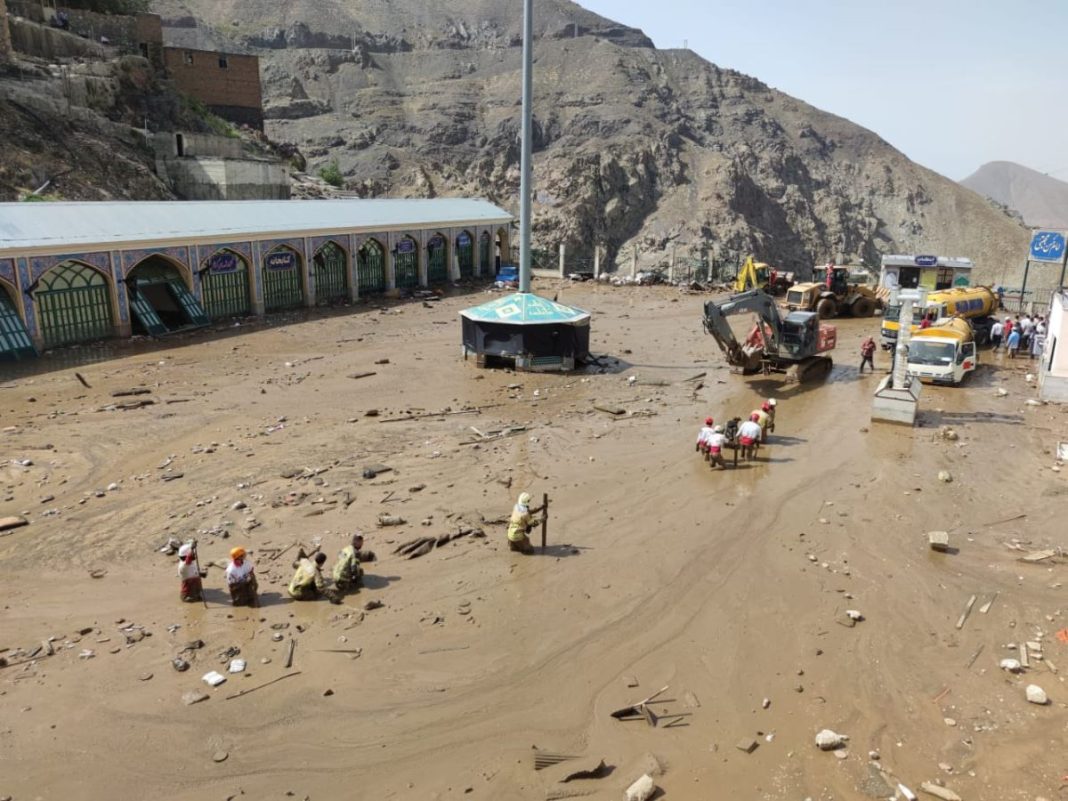 At least six people have been killed, nine others injured and an indefinite number of people have gone missing in northwestern regions of the Iranian capital Tehran after torrential rains ripped through the area.

Iranian President Ebrahim Raisi, who was on a provincial tour of Hamedan at the time of the disaster, followed up on the latest developments and called for swift rescue and relief operations in the flood-hit areas.

Meanwhile, Iranian Interior Minister Ahmad Vahidi along with the governor of Tehran and the Red Crescent chief visited the affected areas to see the situation first-hand.

Based on meteorological forecasts, officials had issued early warnings to citizens to stay away from the spots likely to be hit by flash floods, like riverbeds.

In an emergency warning update on Thursday, officials ordered the Emamzadeh Davood residents to evacuate their houses as heavier rains are expected in the afternoon.

The incident comes days after unprecedented floods swept through southern and southeastern Iran.

On Friday, flash floods in the southern Iranian town of Estahban, 174 km, east of the provincial capital, Shiraz killed at least 22 people.