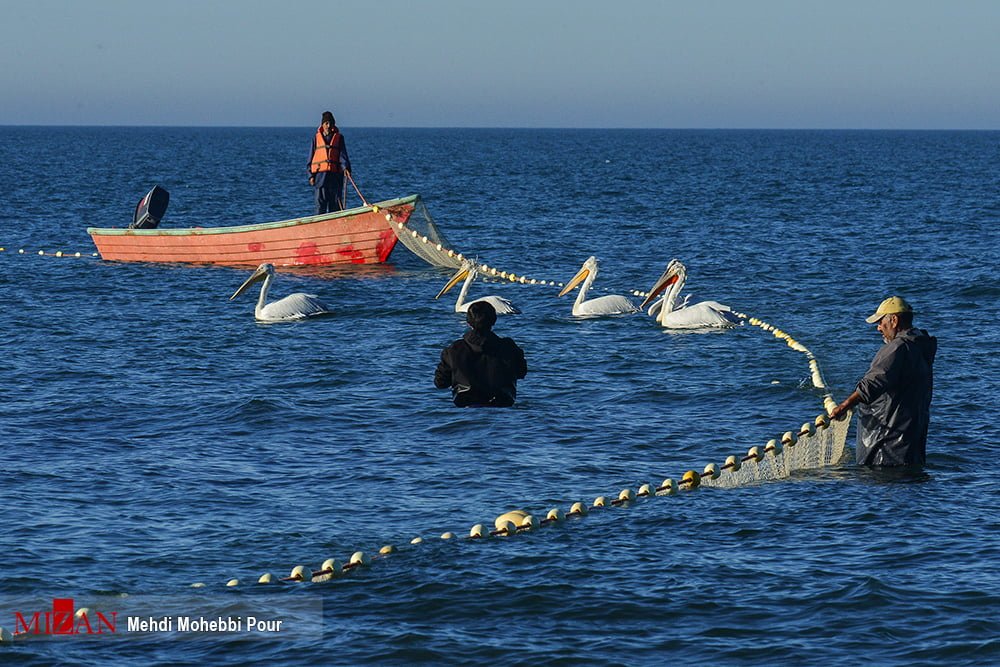 The fishing season has begun in northern Iran as pelicans are catching fish along with fishermen.

The Caspian Sea located to the north of Iran is the world’s largest lake. The fishing season there begins on October 12 and ends on April 4 the next year. Different species of fish live in the sea.

The Caspian Sea accounts for a large portion of the world’s sturgeon. With the arrival of autumn, thousands of fishermen in north of Iran prepare their nets and head for the sea.

Fishing is a local tradition of this region going back a thousand years, and seagulls as well as pelicans have always been on the scene together with fishermen.

Among the fish caught in this season are whitefish, mullets and common carp. Whitefish accounts for the better part of the catch. The fish are not only caught by fishermen, but serve as a source of food for seabirds as well.

The following are images of fishing by both fishermen and seabirds retrieved from Mizan News Agency.