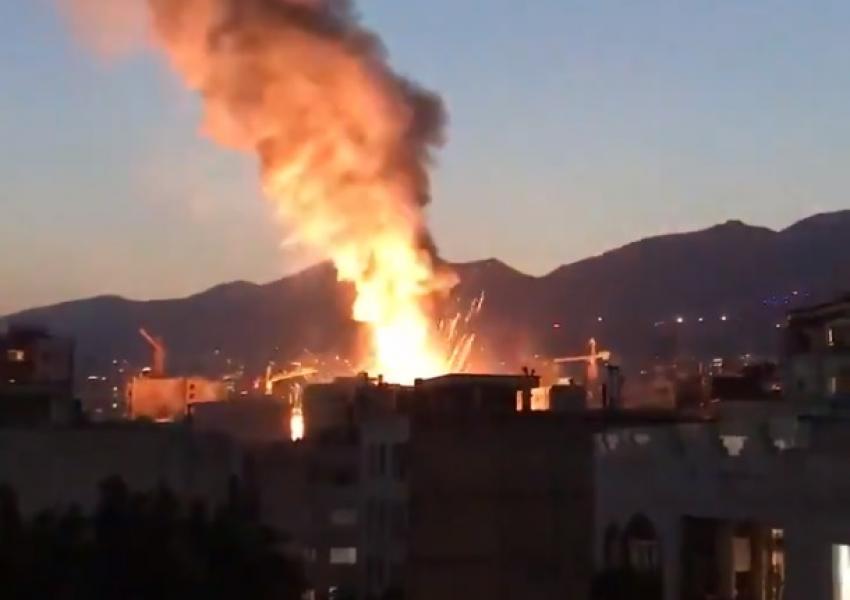 At least 13 people have died and six other wounded in a blast and raging fire at a medical centre in northern Tehran, medics said.

Tehran prosecutor has confirmed that the fire that broke out in Sina At’har clinic in northern Tehran on Tuesday night has claimed at least 19 lives so far. They included 15 women and four men.

According to the official, 11 others have been also injured in the incident and have been taken to Shohada-ye Tajrish hospital.

The spokesperson for Tehran’s Fire Department said firefighters have extinguished fire at the clinic and are searching the building for the remaining victims, if any.

Mayor of Tehran Pirooz Hanachi has held a meeting of the Crisis Management Headquarters, as the rescue and relief teams are providing more details of the incident.

Deputy provincial governor of Tehran said the firefighters have saved some 15 personnel of the medical centre from the roof of the clinic, located on Shariati Street north of Tehran.

Footages of the accident show a huge blast at the clinic, believed to be caused by the explosion of oxygen cylinders following a gas leak.

* The article has been updated on Wednesday, July 1, with the latest details.