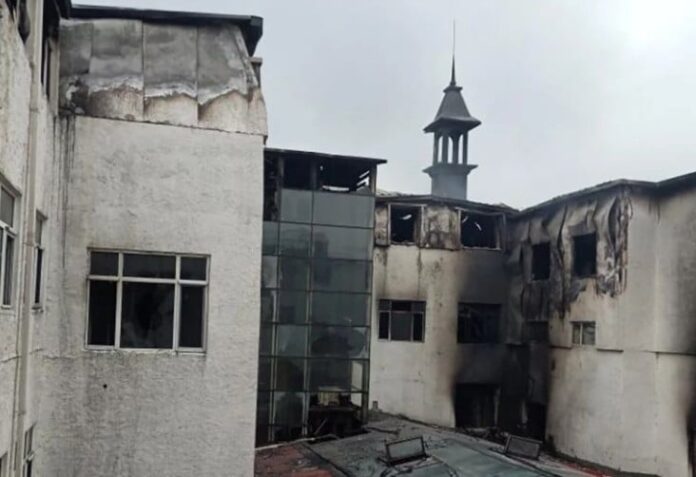 A Saturday blaze at a resort hotel in China’s northeastern city of Harbin has killed and wounded dozens of people so far.

The fire broke out at 4:36 am at North Loong Hotel in Harbin’s Sun Island resort area. It was put out in about three hours, an official report on the government’s social media account said.

The government said firefighters had searched the site thoroughly by 11:30 am, with 19 injured people having been taken to hospital, of whom one later died, South China Morning Post reported.

The cause of the fire was under investigation, the government said. The provincial fire department said in an official post that the fire had started from the kitchen on the second floor, but gave no further details.

The fire spread to cover about 400 square metres of the four-storey brick-and-concrete block, partially burning the second, third and fourth floors, according to a report from state-run China Central Television.

Its footage from the site also showed that the hotel’s main hall had burned down.

The disaster added to a string of deadly blazes that have plagued China despite official efforts to improve public safety over the past two decades.