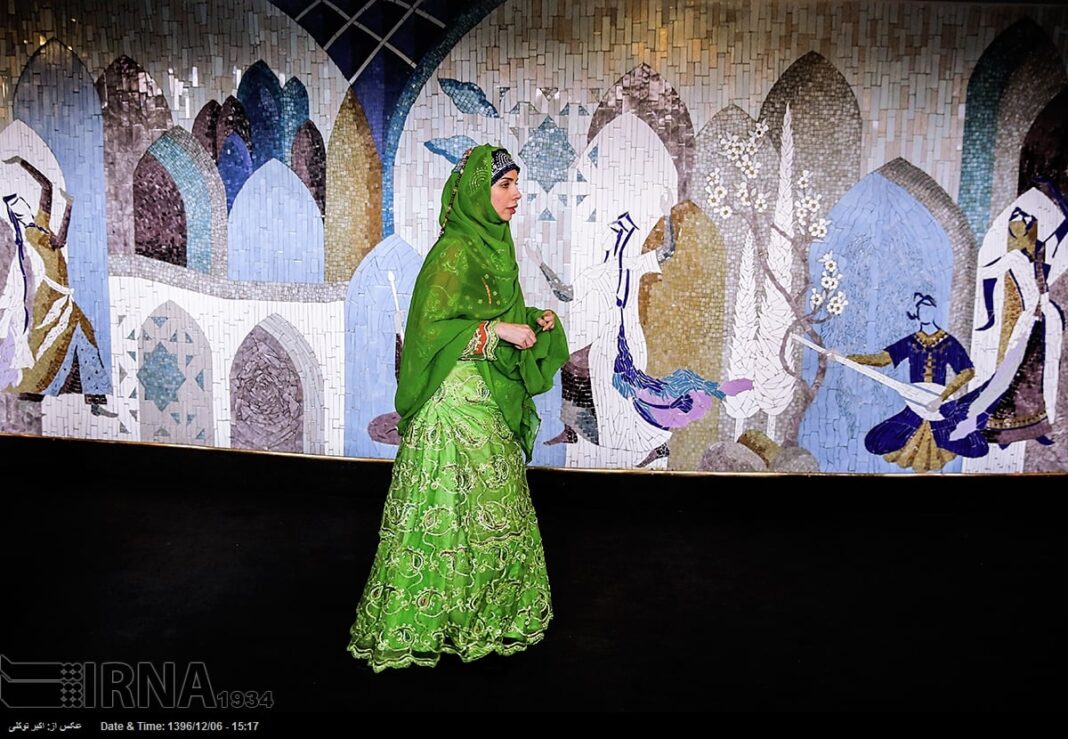 The 7th Fajr Fashion and Clothing Festival has kicked off in the Iranian capital Tehran and will be open to visitors until March 4, 2018.

The opening ceremony of the festival was held in Vahdat Hall in central Tehran with a number of high-ranking Iranian officials attending the event.

The festival aims to encourage designers to promote Islamic and Iranian ideas in clothing throughout the country.

This year, the folk costume section of the Fajr Fashion and Clothing Festival will be held for the second year running in the capital and across the country.

Here are the photos of the event retrieved from IRNA: